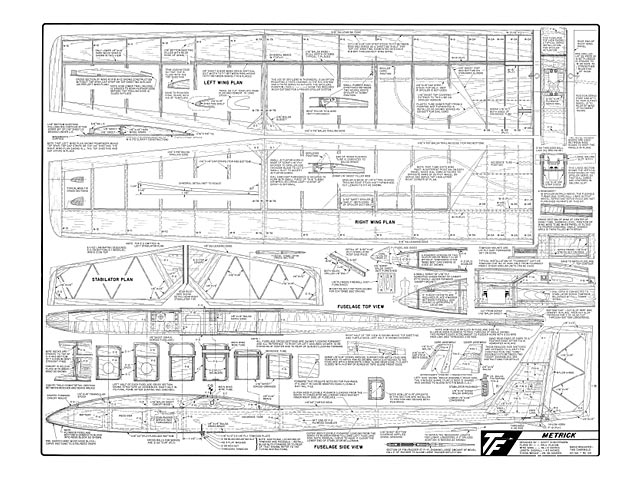 INTRODUCTION: There is no question, two-meter sailplanes have arrived in the mainstream of the modeling community and show every sign of remaining for a long time. The reasons why are many and varied but the fact that they are easier to build and still provide every bit the flyability of the larger Standard Class and Open Class sailplanes should not be overlooked. Until quite recently, the designs available, either in kit or plan form, have generally reflected the 'floater' approach, with emphasis on very light construction yielding exceedingly low wing-loadings. Airfoils on these aircraft have usually been variations on the ever-present Clark-Y. The models themselves have been typified by a kind of back-to-basics look as opposed to the considerable design work showing-up in the Standard and Open classes.

While these 'first generation'-type two-meter designs filled the initial need, competition has begun to disclose the drawbacks to lightly loaded and constructed models especially those using airfoils which do not provide penetration in anything less than no-wind conditions. It was inevitable that designers would begin to explore the sophistication of two-meter sailplanes and their resultant designs are now beginning to show-up on flying fields. These designs are now being referred to as 'second generation.' Your Top Flite METRICK two-meter sailplane definitely falls into this category.

The METRICK is the fulfillment of several important design criteria that we felt a second-generation two-meter sailplane should possess:

1. The ability to be flown in a wide variety of wind conditions and yet remain competitive by virtue of airfoil efficiency and relatively clean aerodynamics.
2. Airframe strength to survive and even take advantage of high-velocity 12-volt winch launches.
3. Expandability to allow the use of spoilers, releasable and captive towhook systems and room for reason-able ballasting as desired by the pilot.
4. The ability to accept and use today's radio equipment including the standard configuration 500 mah battery pack.
5. An overall appearance that is as pleasant to look at as it is efficient.

In our opinion, the METRICK not only has met these criteria but in actual practice has exceeded them. In contest situations the METRICK has been launched with a 12 volt winch into 15mph+ winds, penetrated forward from launch about 1/4 mile and completed the 10-minute task with a high 90's spot landing - all of this in a 31 ounce, unballasted condition! It is interesting to point out that in this particular contest, all other 2-meter designs, and many Standard class entries either folded their wings on tow or were blown so far back off of launch that they were forced to land well down-wind of the landing site. Since very few of us have anything to say about the weather conditions that a given contest is going to have, the METRICK had to handle the worst and still come out on top. What about light or no-wind conditions? Your METRICK will really come into its' own on these types of days!

The design has a longer than usual tail-moment which dampens the usual low-speed porpoising tendencies associated with newer second generation two-meter sailplanes. Stalls, the nemesis of sailplanes since they eat up much hard gained altitude, are very shallow with the METRICK. The glide in these light conditions is nothing short of incredible. The airfoil used on the METRICK allows you to cover so much sky with such a minimal loss of altitude you will no longer have many excuses for missing thermals! When the nose is trimmed slightly down the design will accelerate rapidly with a very flat glide rate, getting you from point A to B faster than you can believe at virtually the same altitude you started at.

The METRICK can be launched using any one of the commercially available hi-start systems as well as 6 or 12 volt winches. The design also slope soars beautifully and has an .049 engine set-up shown on the plans. You will find, no matter what configuration you set the airplane up with - engine or unpowered - your METRICK has hands-off performance, making it an excellent choice for a first R/C ship and an equally smart choice if competition is your goal..."

Quote: "Steve, Here is a Top Flight Metrick glider plan. Don't have the wing ribs, maybe someone might have them traced..." 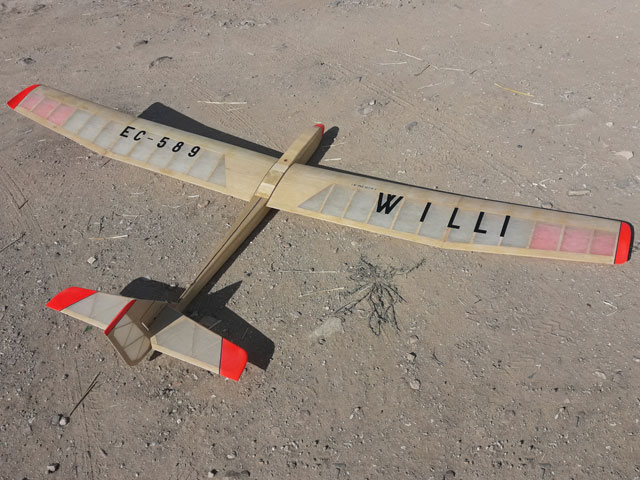