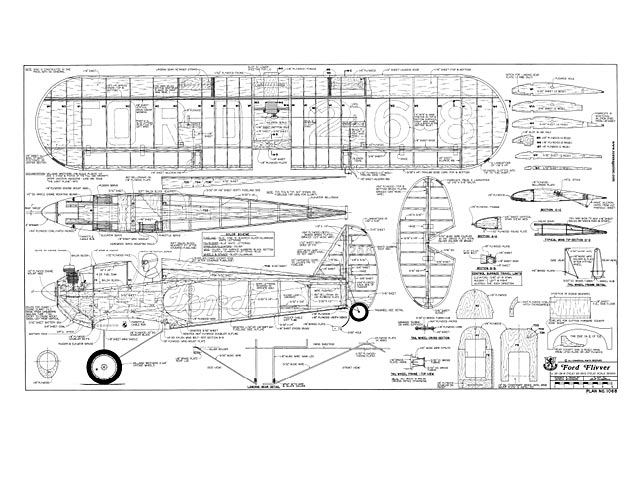 What on earth is a British modeller doing with a scale replica of a small but significant slice of the 'Golden Era' of American aviation? Yes, a good question, so now we're awake I'll explain.

March 1987 and a business trip to Jacksonville, Florida (well, someone has to do them) and, like any other modeller, the first spell of free time was down to finding the local model scene. To trim a tale of new friendships made, sights seen, and things done, to essentials - one of my acquisitions was a Williams Brothers kit of a tiny monoplane I'd never ever heard of. However, when I saw that box sitting on Hobby World's shelf I had to have a flying version. When I opened that kit - well, if all plastic kit manufacturers did what Williams did, the world would be a better place for us Sport Scale buffs. The kit included not only a high quality three-view, by Bill Hannan himself, but also photos of the real aircraft.

Back home in England it took little time for that three-view to grow into a 50 inch span model weighing 56 oz, pulled along by my O.S. 20 4-stroke. A quick look will show you that W-I-D-E track gear, no landing problems here, with a steerable tailwheel. Catch that bulbous fuselage — no radio fitting problems here— with lots of wing area to give light loading.

Well, she flew - and how! Flight one was a scale competition and we took home third place. All day I had to explain what a 'Flivver' was, but at the end of the day I didn't have to try to remember which was my model! Hooked? Good. Read on.

Weight Warning. The Medical Profession has determined that excess weight will seriously impair your scale model's flying abilities! Flivver's structure may look flimsy - it isn't! I've even crash-tested it for you and it just bounces instead of breaking up. Start 'beefing up' and the CG will migrate aft fast! The amount of lead needed to correct will be awesome and the result won't get high enough for a decent crash. Her 56 ounces was achieved with standard servos and a 500 mA battery so that weight can be reproduced; if you have a micro radio, even better.

Don't own an O.S. 20FS? Never mind, an O.S. 20 or 25 FP series will fit or just check your favourite 20/25 and adjust the bearer spacing. The silencer? Let it hangout in the breeze, no one will notice once she's flying.

Balsa Dust Production. Uncle Henry Ford did us a favour with the wing - no dihedral, parallel chord, and a semi-circular tip outline. I make a ply template of the rib, cut the lot out and make cutouts at needed. If your spruce comes in 36 in lengths, you'll have to splice up the spars and the balsa LE. Make good joints and stagger them on opposite panels. When that leading edge 'D' box is complete, the wing will be very rigid and light..." 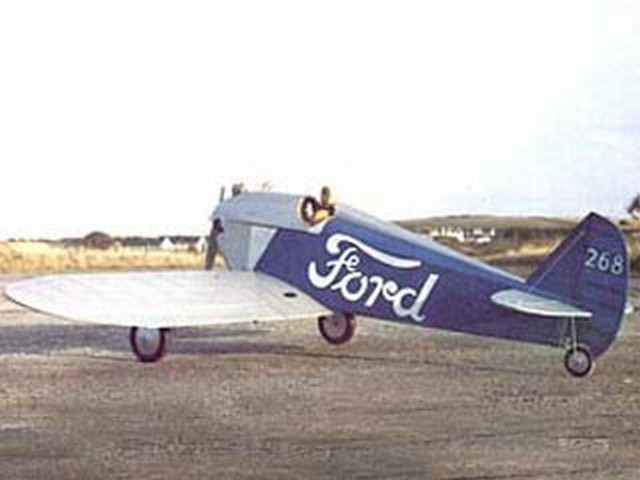