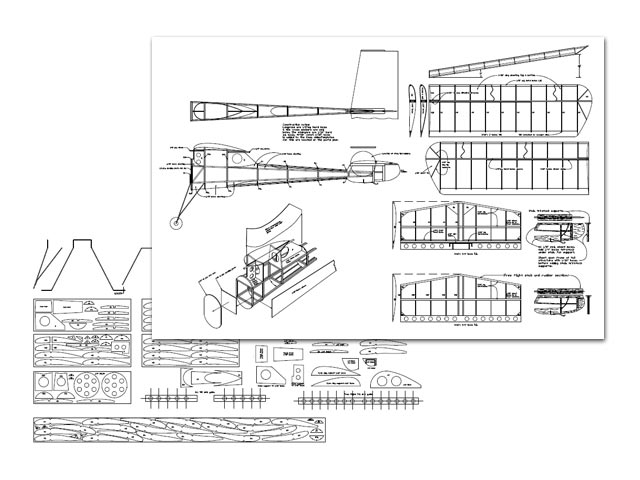 Quote: "A miniature engine in a little ship - but the combination produces big time performance.

THERE'S NOTHING effeminate about this model plane, just because it bears the name of a Mexican pooch that's a favorite with the ladies. The Chihuahua (pronounced she-wah-wah) is the smallest dog in the world, never weighing over five pounds and which can stand comfortably in the palm of your hand. But after watching this 'pooch' flyer go to town, you'll agree that it might be quite necessary to put a leash on it. For when she starts puttin' on the dog, she's doggone good. And while this vestpocket edition gas job doesn't weigh anywhere near five pounds, it can be handled with the greatest of ease. Our flying 'pooch' is powered with an Atom engine and is exceptionally stable for a ship its size and proportions.

After collecting the necessary lumber specified in the material list, lay a large sheet of wrapping paper on the workbench onto which the fuselage side is to be drawn.

Fuselage Construction. Draw full size layouts of the fuselage frames, wings, and stabilizer. This is easy, because all are straight lines and just twice the size of the drawings appearing on the following pages.

Make two side frames of 1/8 in square balsa and join them with cross braces of the same material. While these dry, lay out the landing gear drawing, by scaling it up from the assembly view. Note that the front wire goes across the upper front cross brace, down the front side pieces, and then out and forward to the bend for the axle. The rear wire runs across the bottom brace, then out and forward to the front wire, where it is bent to run along the front wire for a half inch. Both legs bent from 1/16 in music wire.

When the landing gear legs have been shaped glue them to the fuselage and lash them down firmly with strong thread. Also, take six or seven turns of the same thread between the legs of the front wire across the bottom cross brace..."

Quote: "So digging though my files I came across a CAD drawing I did of the Chihuahua from a 1941 Flying Aces article. I built the plane and sent the CAD files to Bob Holman who cut the parts. The plane currently resides in our local hobby shop. I've included the original article." 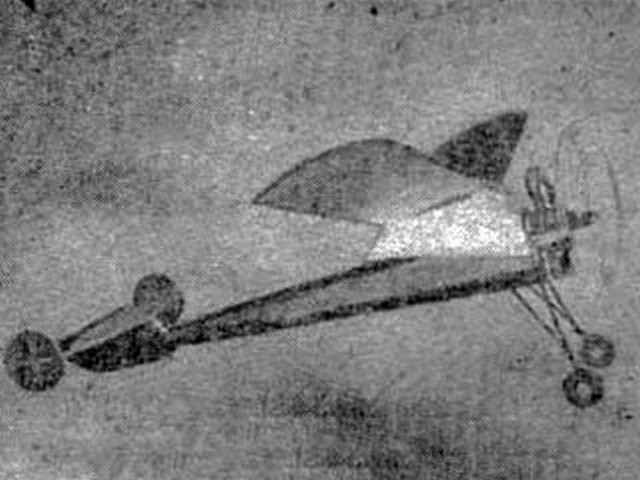