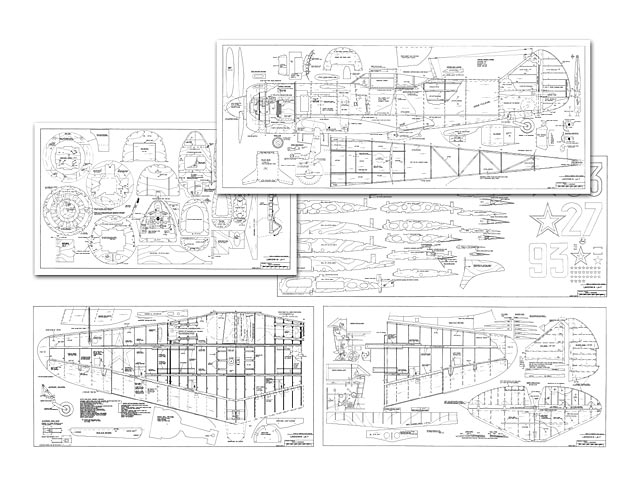 Germany launched Operation Barbarossa in June 1941 when it attacked Russia without provocation. Days went by before Stalin sobered up and rescinded the non-aggression pact. By then, most of Soviet industry was destroyed or captured, including 80% of its aluminum production.

Given these circumstances, developing a fighter that was 40 mph faster than the FW 190A8, simple to maintain in the field without an elaborate supply chain, and building it in quantities in remote areas by quickly trained technicians was a historically unique achievement. Consider, for example, the La-7 cowl - two simple curved sheets held in place with piano hinges and two steel straps. It can be opened in seconds without tools. Compare that to the multiple compound curved panels of the Spitfire, Bf 109 or Mustang.

All of the wartime Lavochkin airframes were birch plywood laminated with resin or Bakelite. Duraluminum was used sparingly. As Lend-Lease improved the supply of aluminum and tooling, metal alloys slowly replaced wooden parts, such as the wing spars. But most of the surfaces remained wooden, seamless and semi-glossy, prompting pilots to call them 'grand pianos.'

The La-7 was rugged and simple to build and maintain. Big, wide apart wheels provided good ground handling on rough Russian and German fields. Its big tail and large control surfaces provided stability and maneuverability, designed to cut through turbulence at low level. Enormous flaps allowed a steep descent into small grass airstrips. And a big engine for performance. These are the qualities we seek in a model airplane, too.

The color scheme of the model presented here is Lt. Col. Sergei Dolgushin's La-7 as it appeared at the end of the war. The red nose is typical of the elite Russian Guards. Dolgushin was a high-scoring ace and a principal leader in the Battle of Berlin. Capturing Berlin ended The Great Patriotic War and started the Cold War. Because this airplane was central to both of these events, it is an important artifact of history.

Only two La-7's still exist, they are preserved in museums in Prague and Moscow, no longer flyable. So it is up to us scale R/C modelers to preserve their images in the air.

Construction. Before beginning construction, assemble all the documentation you will need. As a minimum, you will need three-views of a color scheme. The references include eight. If you plan to compete, assemble your entire documentation book. The plans are totally scale, suitable for national level competition. They match the Krybus drawings exactly. They include a lot of optional scale details that many sport fliers may not need. You have my reluctant permission to omit these details if you choose.

All of the major components that the modeler must purchase are at least dual-sourced - three brands of retracts, three choices of engine, fiberglass cowl or wood, etc. To be certain they will be available when you need them, purchase your choice of these items before beginning construction.

This design can accept a wide variety of engines - anything equivalent to a G62 or larger that will fit inside a 12 inch cowl.

Even with a big, honking gas engine, it is easy to build this ship tail heavy. So be weight conscious when building the rear fuselage and tail.

My favorite method for cutting parts is to paste a photocopy of a part (or just cut up the plan) onto stock with a Kinko's glue stick and cut it out with a scroll saw. Trim the edge with a disk sander or sanding block to remove half of the line. Remove the pattern before the glue sets. Cutting parts is fun and relaxing - it is the easiest part of scratch-building. Cutting parts takes less than 5% of the time required to build a scale airplane. But if time is more valuable than money, consider sending the plans to a professional kit cutter (see the references).

Note this plan is also available online as a free download from the designer himself at http://www.mnbigbirds.com/Andersen%20Plans.htm 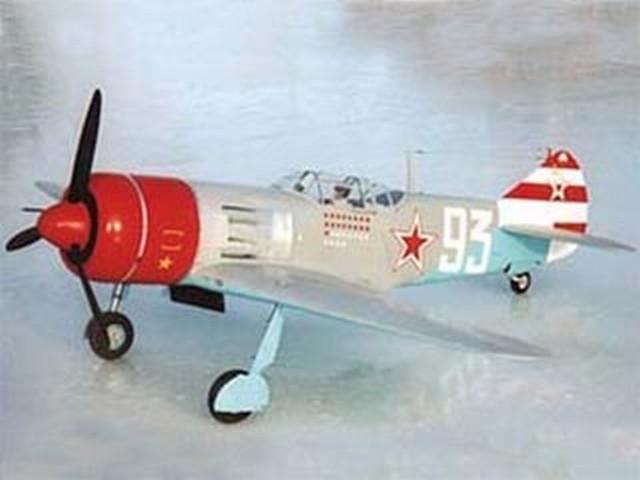