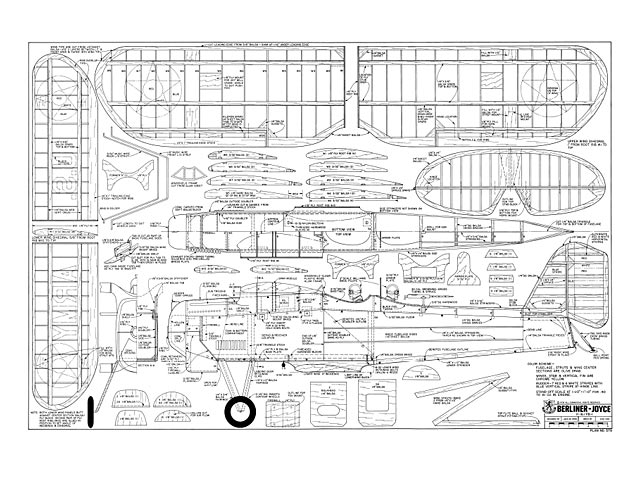 Quote: "It's Autumn Daydreaming - of silk scarves and biplanes. Then, Winter building and, come Summer, there'll be chrome yellow wings against a cloudless blue sky. By Colonel J.A. deVries.

It is white silk scarf and goggles time! And olive drab fuselages and chrome yellow wings - with big white stars and flag-striped rudders! It's 1932 again, and the Army Air Corps has just purchased 26 new airplanes. But the Big Brass is in a quandry - what to call the new birds? Is it a pursuit airplane? Is it an observation plane? Or, is it something else? In typical military fashion, they called it something else.

Officially, it was the P-16 for a while and then it became the PB-1 (for Pursuit-Biplane). Berliner-Joyce was the manufacturer of the double-gulled wing craft. Powered by a 600 H.P., V-1570 C engine, the prototype had a top speed of from 170 to 185 mph. Three machine guns (two .30 caliber, synchronized and firing forward, a .30 caliber on a flexible mount, firing aft), two 122 pound bombs or five 25 pound bombs made up its armament. The flying weight with two crewmen aboard was a heavy (for the era) 4209 pounds.

If memory serves me correctly, practically every model kit manufacturer of the 30's produced an example of the Berliner-Joyce. It was a good flier in the days when a 100 foot flight for a rubber powered model was phenomenal performance. Our version, at 11/2 inch scale, performs substantially better!

As with the author's Velie Monocoupe (oz6216) the P-16 is designed for Stand-Off Scale. Inspired by a Paul Lindberg free flight of 1938, the R/C model was developed from photographs and small three-views from the model press of the 30's. The tail surfaces have the scale number of ribs, but a few extra were added to the wings to keep the MonoKote tight. An inverted engine (from .40 to .60) nestles, out of the way, in the scale radiator. For the 'super detailers' pictures and data on the prototype may be found in Pete Bowers' Forgotten Fighters and Experimental Aircraft, Volume 2 (page 62) as well as in Ray Wagner's American Combat Planes (page 185, in the first edition).

Scale accessories (like wheels, spinner, and replicas of the flexible Browning machine gun) are not available and a tad of ingenuity is required to duplicate them. Since the major components of the model go together readily, time will be available for the trickier items that 'make' the model.

Fuselage. Because the wings have to be built into the fuselage, it is the first order of construction. Six sheets of 1/8 in balsa, edge-glued in pairs, are required to make up the 41-inch fuselage sides. Two pairs of the sheets are extended by the third, using an angled cut..." 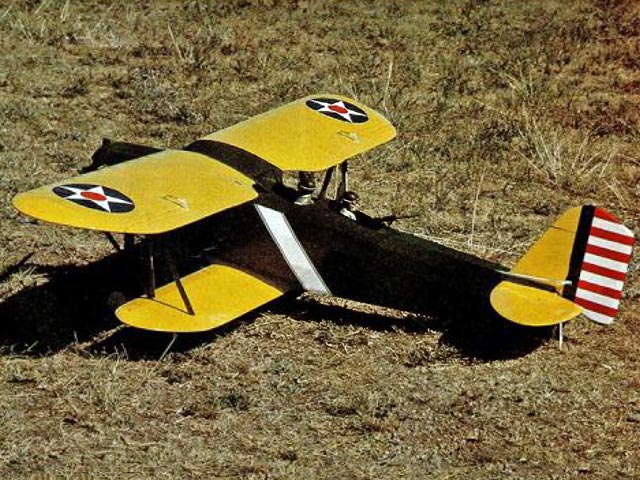