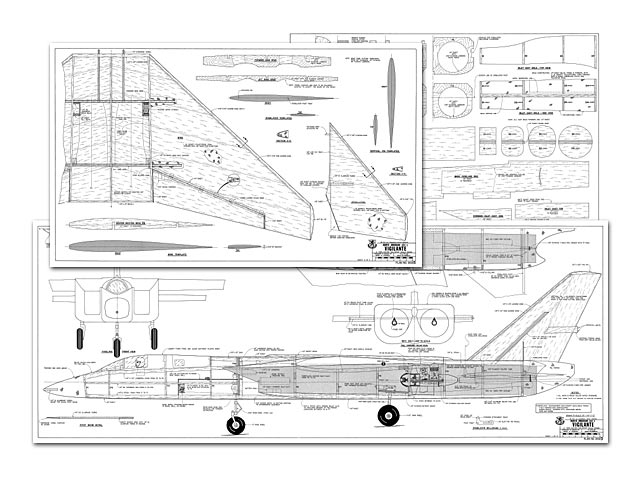 In August of 1958, when jet technology was rapidly advancing, the Columbus Division of North American Aviation flew a prototype aircraft so sophisticated that 25 years later many of its features were just being assimilated into the current generation of fighters and bombers. The A3J Vigilante was conceived as a supersonic bomber with aircraft carrier capability. It was powered by two General Electric J79 dash 2 engines and possessed very exotic aerodynamic features. For instance, roll control was provided by a complex series of spoilers and deflectors on the wings coupled with differential stabilators instead conventional ailerons. The limited lift provided by extremely thin wings was augmented at low speeds by leading edge flaps and boundary layer control which was bled from the high pressure section of the J79 compressors. Weapon delivery was accomplished by ejecting a bomb rearward through a tunnel located between the engines.

The A3J evolved into the RA-5C during the mid-1960s and served in an active reconnaissance role until the late 1970s. While the RA-5C has a certain resemblance to the early A3J, its appearance is distinguished by a deeper fuselage profile, increased air inlets and larger wing area.

I chose the A3J as a scale ducted fan subject because of its dramatic appearance and the feasibility of modeling it in a simple balsa structure. Since I was unsure of whether a twin engined jet of this size would fly, I wanted to avoid the effort and expense of making a fiberglass structure.

While the Vigilante offers simple lines that can be modeled easily with conventional balsa techniques, there are several problems that prevent it from being a serious AMA scale subject. First, the complexity of the full size control system would be difficult, if not impossible, to model. The wing thickness had to be increased for structural reasons, and the main landing placement and retraction sequence is slightly incorrect. These deviations from true scale limit the model to a stand-off or sport scale role.

While the airframe is traditional balsa for the most part, there is also some fiberglass molding. The air inlet ducts describe a very shallow S-curve and their cross section changes from rectangular at the entrance to circular at the fan face. This shape can only be achieved in fiberglass. Therefore, before starting the Vigilante, the builder should feel confident with fiberglass lay-up techniques. Furthermore, vacuum forming is used to mold the canopies, and foam core cutting is required on the flying surfaces.

In terms of flying ability, the Vigilante should be preceded by some jet experience with models such as the Jet Hangar or Byron series of ducted fan fighters. Twin engine experience is not essential since the Vigilante's centerline thrust is identical to flying a single engined model.

There are several materials called for on the plans that are not available through normal hobby channels. These include low viscosity epoxy and cloth for the fiberglass lay-ups, and polyeurethane foam for the canopy plugs..."

Article pages, text and pics, thanks to RalphG. 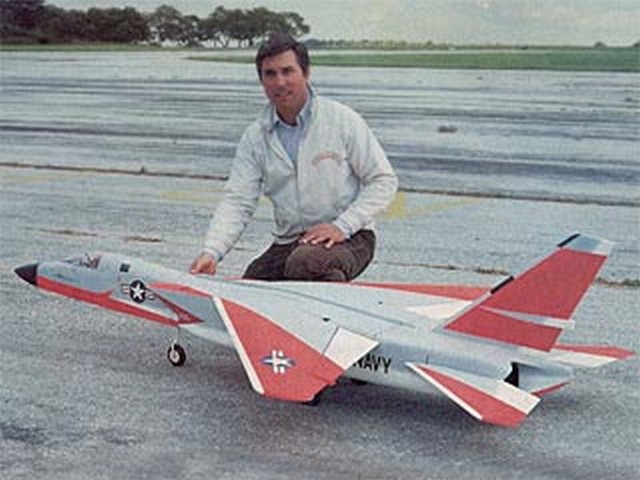