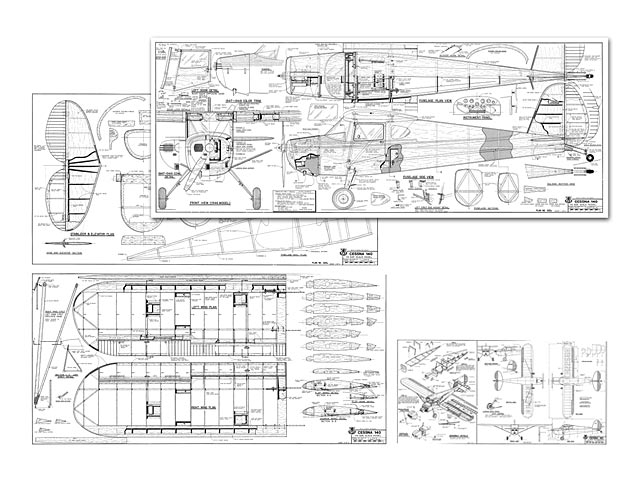 At the end of WWII, hundreds of thousands were learning to fly. The GI Bill was paying the tab. Dwane Wallace of Cessna Aircraft saw the unlimited potential, and designed the 120/140 series. Patterned after what was successful in the light-plane market, the 120 came out looking something like a Luscombe. This did not hurt Luscombe or Cessna.

The spring steel landing gear used on the Cessna 1201140 series, was invented by racing pilot Steve Whittman. This landing gear is very rugged, but springy. It had its good points, but if not used right, it could send you bouncing all over the place.

The 120 sold for $2,495.00 and the 140 sold for about $500.00 more. More people could afford to fly their own airplane. These planes were very popular with flying schools and sportsman pilots who just liked to fly.

My model is a copy of a Cessna 140 that belongs to F Bracewell of Dublin, Georgia. My thanks to Mr Bracewell for his help with information and photographs. If I have tweaked your interest and perhaps aroused some fond memories, let's build the model of the Cessna 140.

The Cessna 140 model is 1/4 the size of the full size. Material to build it should be available at your local hobby shop. The model is built from balsa wood and plywood. The wings are in two panels and disconnect quickly for ease in transporting. Three set screws and a quick disconnect on the lower end of the wing struts make them very easy to install and remove. The spar supports at the fuselage are from Sig (same as used on the Spacewalker). The quick disconnects are easily made from sheet brass and brass tubing. A piece of 1/16 wire and a spring from a ball point pen form the lock.

The wings and tail are conventional except for the control surfaces. They are crimped plastic (again from Sig), and they are very light. The vertical fin and horizontal stabilizer have laminated 1/32 plywood leading edges.

The fuselage is built on a crutch, much like some of the old Freeflights and U-control models. Build the top half and then add on the bottom. The landing gear is a modified. Bravo gear.

Construction. Stabilizer. Start the stabilizer by first tracing both leading edges From the plans. This is to keep from ruining your plans when you glue the laminations together. Over this tracing you assemble the laminated leading edges..." 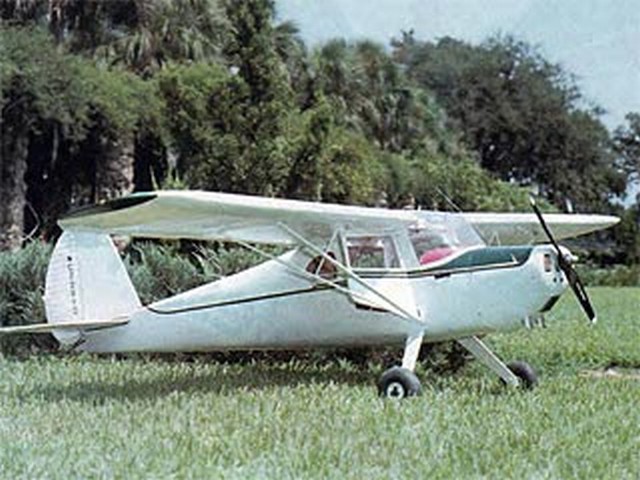 At last, a real model that is fun to build and fly, I spent about three months gatharing materials and puting all parts toghether. I love this model, it is the most beautiful concept of an sport airplane of those days and my second Solo flight airplane in 1966.
thanks for the Plans.
Mel Aparicio - 10/07/2020
Add a comment