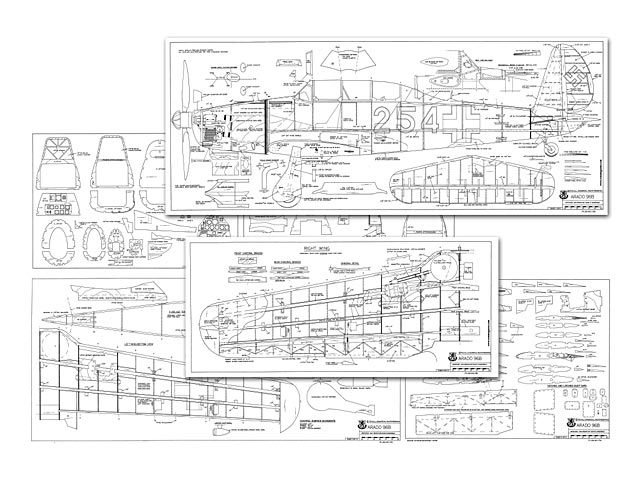 Arado was the only German aircraft manufacturer to refuse to cooperate with the Nazis. Consequently, it was the only company to be nationalized by the Reich. The AR 96 was a technically advanced aircraft when it first flew in 1938. For comparison, the British production fighter at the time was open-cockpit biplane, By far the most important advanced trainer in the Luftwaffe, it was adopted in 1940 as the standard training aircraft. Distinguishing features were the narrow nose and the typical tall Arado fin and rudder. The main production variant featured the Argus 465 hp inverted V12 engine and a single MG 17 gun in the cowl. A later version added underwing bomb racks.

The AR 96B had a wingspan of 36 ft, a fully loaded weight of 3,747 lbs and a max speed of 205 mph. Much of the early production was carried out in the Arado plant in Warnemunde, but the overwhelming need for the German aircraft industry to produce Combat aircraft meant production of trainer aircraft was slow. In mid-1941, the Avia company in Prague took over production of the Arado 96. Approximately 12,000 Arado 96s were built. The Czechs continued production until 1949.

The second escape of the Arado resulted in this article. The excellent 5-view drawings of the full-sized aircraft were developed by Joe Krybus from factory drawings when he was aircraft curator of the Czech National Technical Museum in Prague. When he escaped to the west, these drawings escaped with him. They are published here for the first time outside the Czech Republic.

Unfortunately, no known example of an Arado 96 has survived. It is a pity that this important artifact of history has been lost. So it is left to us R/C modelers to recreate its image in the air.

Construction. The plans have no deviation from scale. They were created by tracing the Krybus 5-views and filling in the structure. Even the airfoil and washout are scale. Some of the smaller surface details, ie brake lines, hardpoints, etc, which are known in the scale community as 'hoo-ha,' were omitted for clarity, but extremists can find these details in the Krybus drawing and in the references. I recommend that the serious scale modeler purchase the large format 5-view drawings and refer to them during construction.

If you hate cutting parts, maybe you need a better scroll saw. You can send the plans to one of the custom kit cutters, but why let them have all the fun? instead, photocopy the patterns and attach them to stock with a Kinko's glue stick or equivalent. Cut along the outer edge of the line with a scroll saw. Sand the edges to the center of the Line. Peel off the pattern. For metal parts, attach the pattern with double-faced Scotch tape.

Use only 4-6 pound balsa except as specified. Light weight is important for good performance. Horsepower compensates for excessive weight only when going straight up.

Some of the parts are best molded by vacuum-forming. Nowadays vacuum-forming is cheap, easy and fun to do - make your own machine from a cake pan and a shop vac (see the references). But if you don't want to get sucked into this technology, all of the vacuum-formed parts can be purchased from AeroTech Models..." 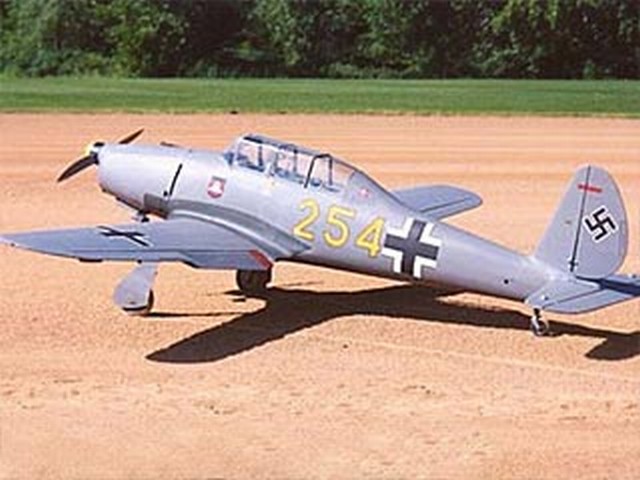 This plan is also available as a free download from The David Andersen pages at http://www.mnbigbirds.com/Andersen%20Plans.htm
SteveWMD - 14/10/2014
Add a comment