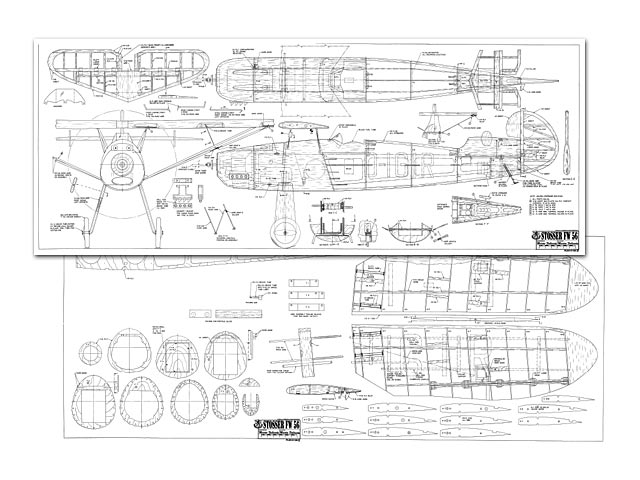 Quote: "Dear fellow scratch-builder, our story begins in Bromberg (German for Bydgoszcz in Poland) February 1898. On this day Mr and Mrs Tank were blessed with a baby boy whom they promptly named Kurt. Young Kurt was to study hard and become the lead design engineer for the Focke Wulf Aircraft Factory. All this occurred in the early 1930's when Germany was clandestinely tooling up for World War Two. During this period, Focke Wulf won a fly off for an advance trainer with the Stosser, designed by Kurt Tank. Wulf died in an airplane crash in 1927, Focke left the aircraft business to continue his research on his helicopter. The aircraft company went on with the name of Focke Wulf.

Tank went on to lead Focke Wulf in designing the highly successful FW 190 series. The first 190 was designed for a radial engine. When radials of the size required became scarce, Kurt made a few design changes. By designing a new annular radiator and fitting it in the nose of the plane, the original 190 could accept an in-line engine. Near the end of WWII Kurt made his way to Buenos Aires. On February 8 1951, he was commended by President Juan Peron for leading the design and fabrication of Brazil's first jet fighter. Here Kurt's trail runs cold. It is doubtful he is still alive as he would be 98, but not impossible. Whatever his political affiliation may have been, his contribution to aviation was significant.

The FW 56-Stosser (Stosser means bird of prey) first came to my attention because of the different empennage. Kurt apparently wanted a rudder that would not be blanketed by the elevator during any flight configuration. As my years increase and my reflexes decrease, I thought it would be nice to have an easy going parasol wing-type aircraft. So the Stosser was selected for a 1/5 stand-off scale model.

Before continuing with the construction, I would like to express my appreciation for the research accomplished by my sister, Dr Yvette M Fallandy, Professor of Languages at Sonoma State University, California. It seems that with the right library and computer touch, if it exists, it can be located and recalled. Also to my son Mike for taking an 8-1/2 x 11 inch sheet of 3-views and enlarging them to 1/5 actual size. Another computer mystery to me. The 3-views were courtesy of Dick Gleason, 1106- 10th Drive S.E., Austin, Minnesota 55912. This man has to have every model airplane and full-size air-plane magazine ever published. Also a great number of plans. Nothing is too obscure for Dick to deliver.

All test flying was done by Jay Replogle, owner and operator of Hobby House, Inc, 17721 Vanowen Street, Reseda, California 91335, (818) 609-1968. Jay can be found almost every morning at the Sepulveda Basin helping people learn to fly airplanes or helicopters, and test flying the new and unusual..." 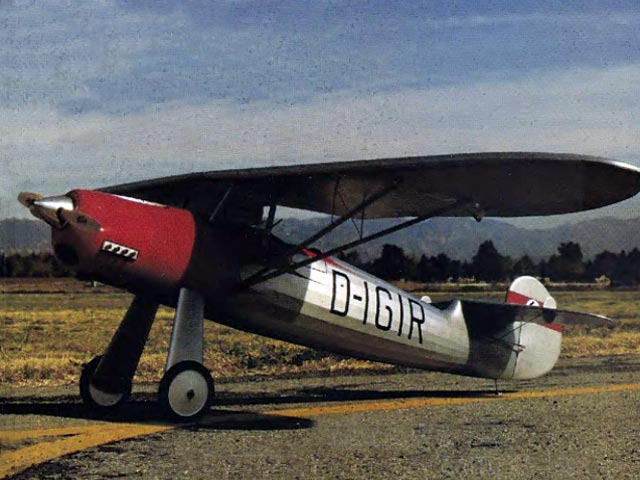 No CG point on plan. Only 3 tooling blocks shown, 4 are needed. Two different spacing for the wing joining tubes. No template for cabane struts jig.
Richard Brazier - 24/12/2020
There is a CG on the plan - the usual symbol is in the usual place. Merry Christmas :)
Mary - 24/12/2020
Brazier, look at the plan:
3 tooling blocks only because you need 2 of no.3 block.
Cabane strut jig not necessary, simply measure distances on plan and report on 2 fixture sheets for soldering aid.
Different connecting rod spacing probably for two different wing construction method, conventional or with drill rod tooling. CG as per Mary.
Plan is complete to me. Have a nice Holiday building!
Pit - 25/12/2020
I don't see many drawings as nice and complete as the Stosser fw56. Outerzone is my happy place.
Bob H - 25/12/2020
Thanks for your quick reply, the reason I asked about the cabane jig is that it shows one in small builders instructions. The cg point is on your plan where I have now transferred it to mine but definitely not on there originally, maybe a misprint. Have a nice Christmas also.
Richard Brazierr. - 29/12/2020
Add a comment