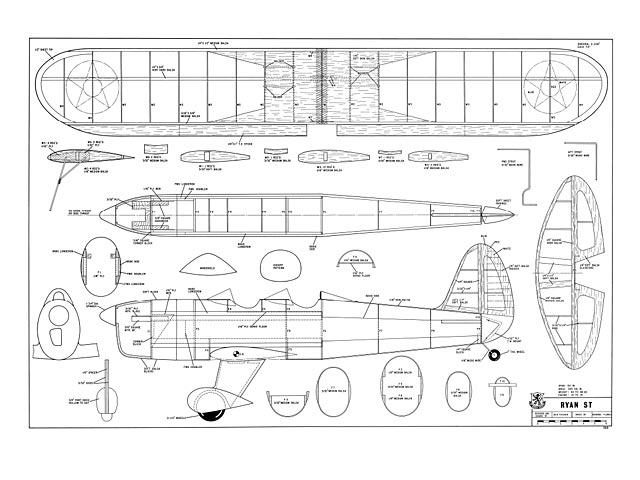 Quote: "The Ryan ST signaled the beginning of the sleek, streamlined monoplane era. First flown in 1934, 181 production models were built, of which the YPT-16 was the first low-wing monoplane trainer to be used by the Army Air Corps.

Perhaps the most exciting trend in Radio Control today is the scale or scale-like flying model. By Scale Flying Model I mean a realistic, good looking ship that the novice R/C'er can build and fly. Most modelers have been avid aviation enthusiasts since youth. What could be more fulfilling, then, to see airborne that dream ship of years gone by? For me that dream ship is the Ryan ST.

When the Ryan ST first flew in 1934, it shared a sky filled for the most part by wood and cloth biplanes. Its appearance marked the end of the biplane era and signaled the beginning of the sleek, streamlined monoplanes. Wealthy sportsman pilots were quick to appreciate the racy good looks and flashing performance of the ST, and most of the 181 airplanes built found homes among private owners. A few Ryan ST's were purchased by the US Army and dubbed YPT-16. These aircraft had the distinction of being the first low-wing monoplane trainers used by the Air Corps.

Our scale Ryan ST seems to reflect many of the qualities of its full-sized counterpart. Not only does it have a great deal of eye appeal on a low flyby, but also turns in a good scale-like aerobatic performance. The one thing that has been bred out of our model is the tricky ground looping tendency of the full scale version.

If you have looked over the plans and photos and waded through the nostalgia portion of the text, you must be ready to cut wood. Some of the construction may look a bit light to those of you who are used to hanging a .60 on your creations. Fear not, however, all structure is plenty adequate for a .19 sized ship. Just be sure to use good glue and follow the wood densities suggested. That round fuselage looks pretty tough, let's start with it.

Begin by cutting two Basic Fuselage Sides from 3/16 in soft sheet. Glue 3/16 x 3/4 Basic Longerons to sides, being sure to have one left and one right side. Add the 3/16 soft sheet Forward Doublers, the 3/16 x 3/5 Forward Longerons, and the 3/16 square Corner Block. Next, glue on the 1/16 ply motor mount Webs and the 3/8 square hardwood Motor Mounts. Set the two side assemblies aside to dry and cut out all of the Formers. Also cut out the 1/16 ply Servo Floor. The 1/16 ply may sound a bit thin, but is plenty good if you attach your servos with the foam tape made by Rocket City. If you prefer to use screws, add an additional 1/16 plywood lamination only in the area of the servos. 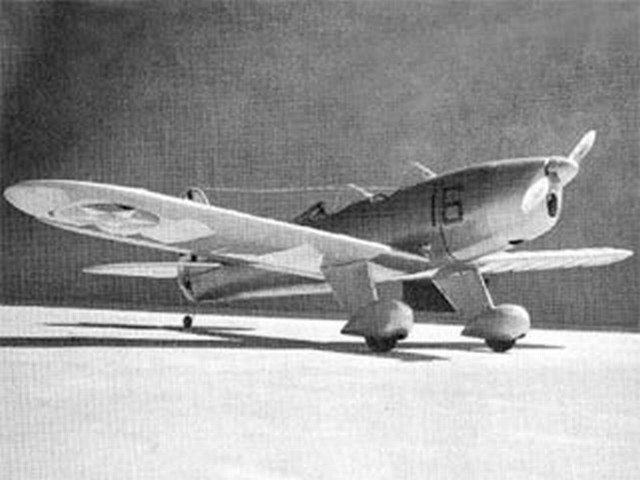