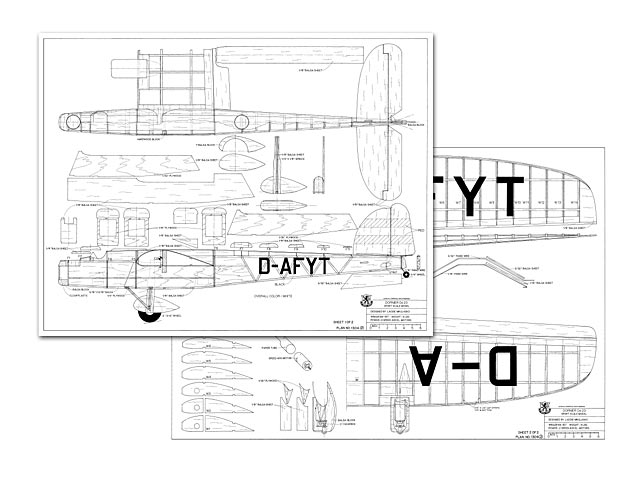 After the first World War, Germany was prohibited from building military aircraft. To get around this stipulation, firms like Fokker and Dornier set up affiliated companies in Italy or Switzerland and several other countries. At these locations the Germans started developing so-called civilian aircraft. In most cases the intent was to convert these aircraft for military use. Dornier had a factory in Switzerland and the twin engine Do-11 aircraft was developed to train future bomber crews. To facilitate this deception, these future bombers were given to the Ministry of Railroads to transport goods. This may have been the first railroad to operate, using bombers! This scheme allowed the flight crews to train extensively in long distance night flying operations.

The Do-11 had several aerodynamic shortcomings and the pilots did not like them, thus the new version Do-13 was produced. In a short time span, several of them crashed due to construction defects. More changes were made and for psychological reasons, the designation was changed from Do-13 to Do-23, As a result, in 1935 more than 200 Do-23's were built.

I elected to build a model of this plane because it has a generous wing area and simple fuselage shape. I kept the outline accurate to the 3-view drawings. For simplicity, I changed the airfoil of the stabilizer/elevator and the fin/rudder from symmetrical to flat. The wing and fuselage on the full-size plane were plywood covered. Photos of some planes show a different shape on the underside of the fuselage behind the wing. Most Do-23's had a machine gun station in that location. The full-size plane had ailerons hinged beneath the trailing edge in typical 'Junkers' fashion. For simplicity, I elected to hinge the ailerons directly to the trailing edge.

The color scheme on my model is the one used on the 'civilian' version. The model is of all balsa construction using very light sheets only. There is a minimum amount of plywood and hardwood used. Two Speed 400 size motors with 2:1 gearboxes were used for power, and a BEC speed controller also helps contribute to its light flying weight Small servos easily cope with the light flight loads.

Before building the model, study the plans carefully. Cut out as many parts as possible before starting the building sequence as this will speed up construction. Build the model directly over the plan. 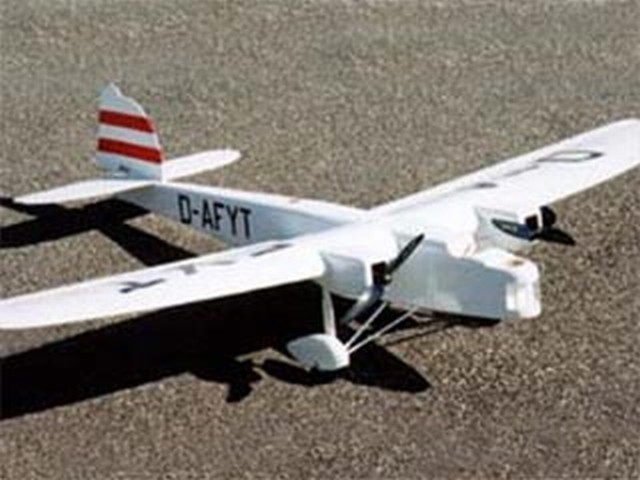