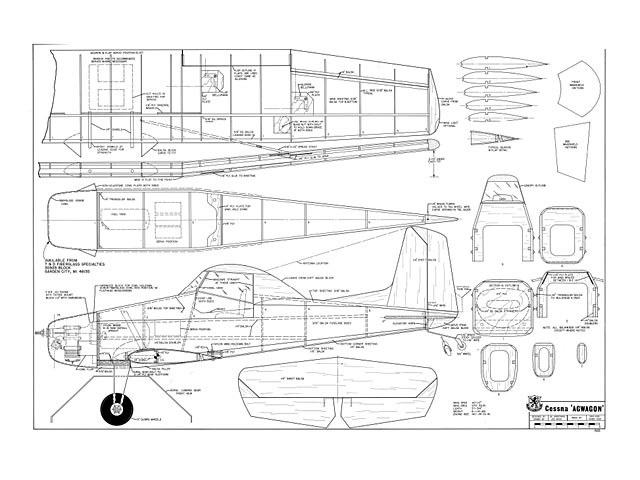 Picture this for a moment; you want to build a scale R/C model with a wing span of approximately 5 to 6 foot. You know that your favorite model has been built over and over, so many times it's almost assured that every scale contest will have at least one entered in competition. You want to be original, maybe different is a better word, so a trip to the local airport is in order. There are many good subjects, but the one that caught my eye was the Cessna Agwagon. Here is an airplane that certainly is different. I had not seen any of the Ag planes built as an R/C scale model, so the Agwagon was my choice.

Upon request, Cessna sent along three view drawings and color pictures of their 1966 Agwagon. I picked the 1-1/2 in to 1 ft scale so that I would end up with a 5' wingspan. I have mixed emotions about big airplanes, after working with Eddie Morgan and his 9-foot Cubs in years past, so that's why the 5-foot span.

After flying Formula I racing with some success using a Stafford Midget Mustang, I used my superior aerodynamic engineering skills and deduced that my Cessna should fly as well as the Mustang because wing area, tail area, and power were identical. I went so far as to even use Jack's method of construction. By the way, this model is as close to true scale, dimension wise, as I could compute it, which goes to prove that scale tail will fly. (What? ... Ed.)

If you don't already have a Stafford kit, you should rush out and buy one because Jack has the instructions for building my Cessna down pat. I guess after building at least one each of all of his kits, I have the system down pat myself.

The fuselage is very easy to build. It only has five formers and seven other pieces. The cowling was somewhat of a job for me. Living in the backwoods it is hard to get up to date on the fiberglass techniques, etc., but with the help of one Kent, I have a nice fiberglass cowling.

The tail is simply cut out of 1/4 in sheet and sanded to shape. If you have ever built a Formula I racer, you know how to do this.

The wing on my plane is built up and sheeted with 3/32 contest balsa. It has to be built in three pieces or on a special jig set up for it. By using the root and tip ribs, a foam core could easily be cut, I'm sure.

The cabin was carved from a balsa block and hollowed. On the 1968 model Agwagon, Cessna has put windows all around the back for 360 degree visibility; so take your pick of 1966 or 1968 models. The windshield and side windows are installed exactly like it is on the Goldberg Skylane and it works out nicely..." 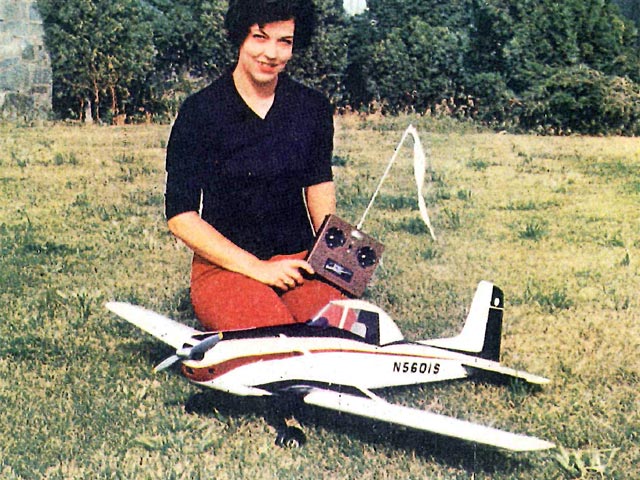 Very poor design and no details for assembly just tells you to buy a model from another manufacturer if you want instructions. I have scratch built about 30 models and have never seen one as poorly designed as this!
Bob - 16/06/2020
Add a comment