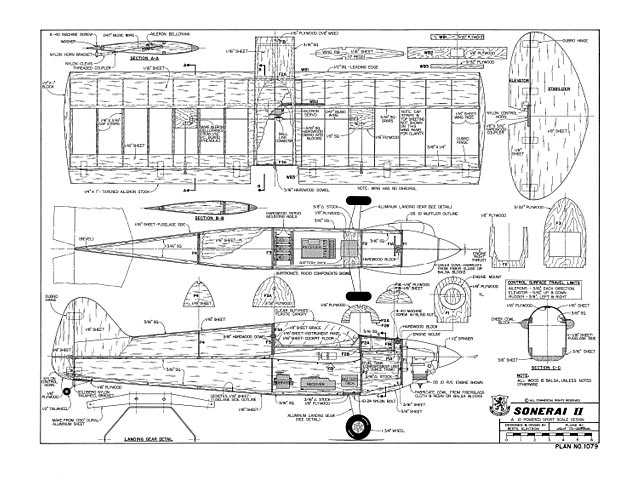 Quote: "The full scale Sonerai II is an experimental aircraft designed by John Monett (formerly Monett Aircraft Inc). Numerous aircraft were built from his full scale kits, and many examples may be seen each year at the giant EAA convention in Oshkosh, Wisconsin, which is also the site where the Monett Aircraft Company was located. The aircraft is a two place tandem seater and it is designed to be powered by converted VW engines that are very popular power plants for use in homebuilts.

Several different models of the Sonerai were available, such as single seater, mid-wing, low wing, etc. My model version of the Sonerai H was drawn to the scale of 1/8 that yields a model with the span 29-3/8 in and the total weight of only 30-1/2 ounces.

The short wingspan might seem frightening, but the model is easy to fly and good take-offs and landings are easily performed, is also a perfect model to bring with you when you are traveling for holidays, etc. It is very fast when equipped with a good engine and is also very maneuverable. It has to be flown all the time, however, but this is easy when you have learned to fly low wing models.

The amount or materials needed to complete the model are minimal, I built mine from the pieces in my scrap box! I suggest that you start first by making a 'kit', cutting out all the fuselage formers and wing ribs. Note
that F2A is built up from two pieces of plywood.

Add the 3/16 square balsa pieces and the reinforcements in the fuel tank compartment. Glue the rear of the fuselage together and add former. Next, glue the tail group pieces in place making sure that everything is properly aligned before you leave it to dry..." 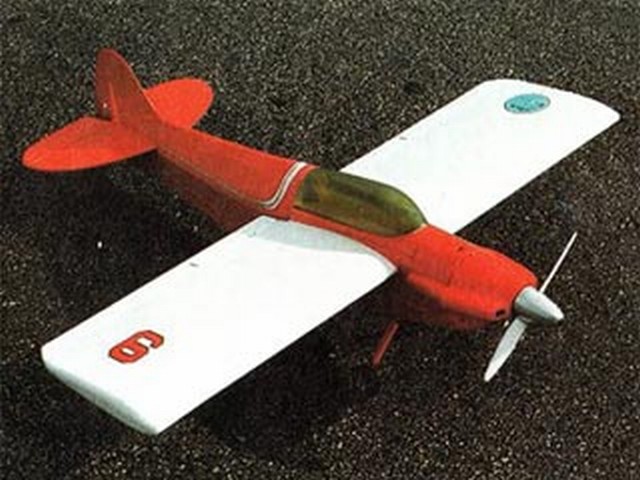