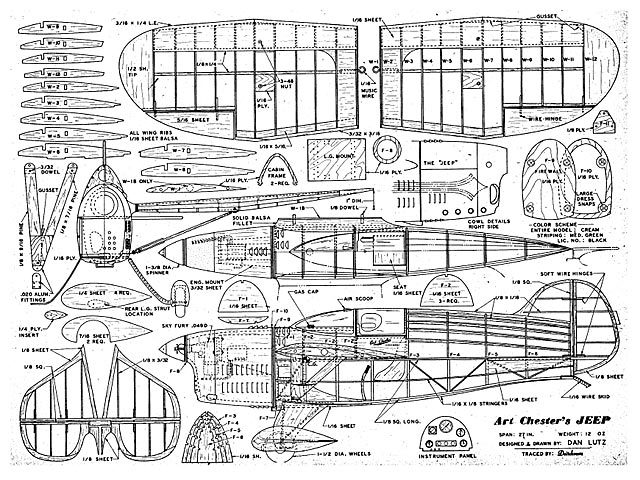 Quote: "Since the earliest days in aviation, plane designers have streamlined and reduced resistance here, and added power there in order to increase the number of miles an hour an airplane could travel. Art Chester and his famous Menasco powered Jeep was one of the outstanding examples in airplane design and pilot technique which made the golden age of air racing so popular. Starting in the year 1932, with a speed of one hundred and fifty-four miles per hour, the Jeep continued to increase its speed at each of the national air races until speeds of well over the two hundred and forty mile an hour mark were achieved.

The Jeep will make a worthwhile project for those who desire to build and fly a scale model airplane just a little different; however, don't let the sleek lines of the Jeep fool you - for it can compete in scale appearance and flying just as well as the run-of-the-mill high wing monoplanes.

Before starting construction, study the plans very carefully and select your balsa wood in order to keep the weight of the model at a minimum.

To construct the fuselage, start by building two sides, one over the other. Use 1/8 sq hard balsa for the longerpons and uprights. Add the 1/8 x 1/16 diagonal braces and let the cement dry thoroughly before removing the sides from the plan..." 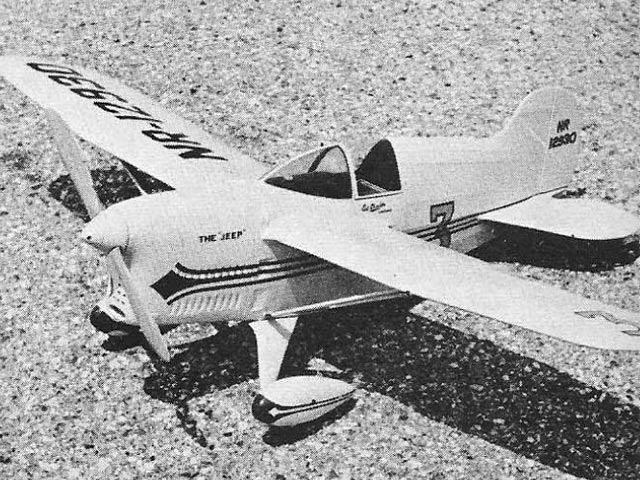