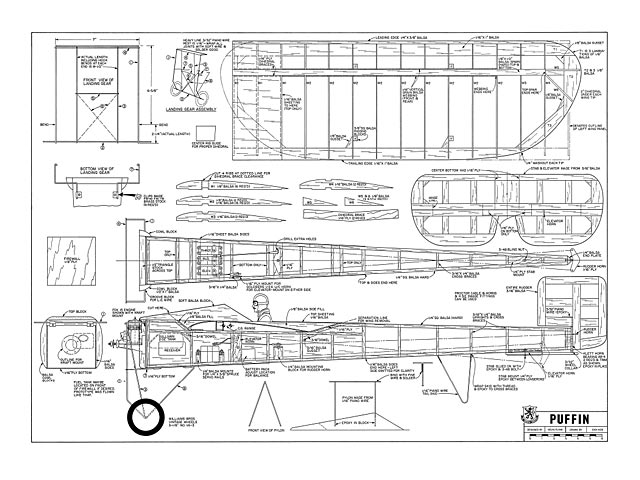 Quote: "On September 23, 1911, Earl Ovington made headlines which read 'Ovington Takes First US Mail Through The Air'. He delivered 1,900 letters and postcards between Nassau Blvd. and Mineola, Long Island covering the unheard of distance of 3 miles. He accomplished this amazing feat in a Bleriot type, Queen Monoplane (powered by an Indian rotary motor) carrying the mail in a sack jammed between his knees.

From Aeroplane Station #1 the following week he air lifted a total of 32,000 postcards, 4,000 letters, and 1,000 circulars at no expense to the government. The postmark on this mail is a valuable collectors item today.

After reading this story I became interested in the Bleriot Monoplane. While I like scale models, I decided that a true scale model was out of the question. After looking at the extensive detail in the 3-view drawings, I have a rule, that is if you can't build it in 3 weeks (of evenings) then I don't build it. So I guess this is a 'fun scale' model that resembles a Bleriot Monoplane.

Construction is very simple with a square body and flat tailplane and fin. In fact, the only difficult part is the wing so start to build this first. I used an O.S. Max .15 and Kraft-Hayes mount on the original model. The fuel tank (Pylon Brand SS2. 2 oz.) fits between the landing gear and the fi rewall. A 9/4 prop was used for the .15. Keep the CG as shown on the plan for best performance.

Begin by cutting out all the parts first, since it will save a considerable amount of time later on. Begin by cutting 22 ribs from 1/16 sheet and 6 from 1/8 sheet, the latter to be used in the wing center section. Cut Former 1 (firewall) from 1/8 or 3/16 plywood. The tailplane and fin are cut from 3/16 medium sheet balsa as are the wing tips, T1, T2 and T3. Note that T3 is constructed from 3 layers of 1/8 sheet, so it can be tapered down from the tip rib to the tip. Fabricate the rudder and elevator horns from 1/16 ply or, if you prefer, you can use Lou Proctor horns. While on this point I must mention that I used Lou Proctor's control cable and swage fittings.

Wing. Start by pinning down the 1/16 x 1 in hard balsa leading and trailing edge, the 1/8 bottom spar and the 3/8 square leading edge. Check and dry fit 2 or 3 ribs for correct alignment. Pre-glue the wing tip parts, then pin and glue them in place. Now start gluing in the ribs. leaving out the center 3 ribs on each wing panel..." 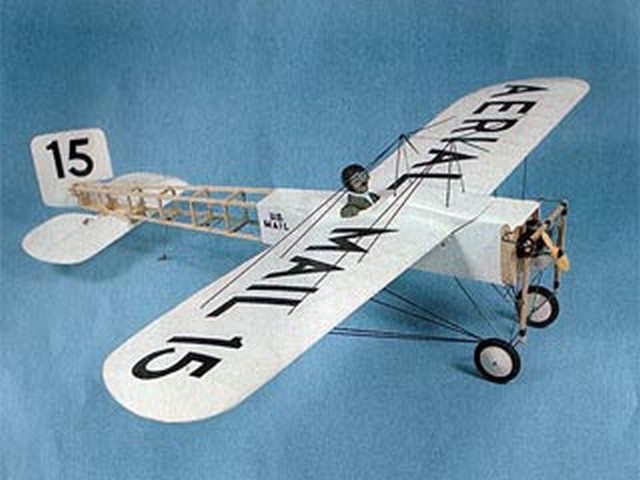