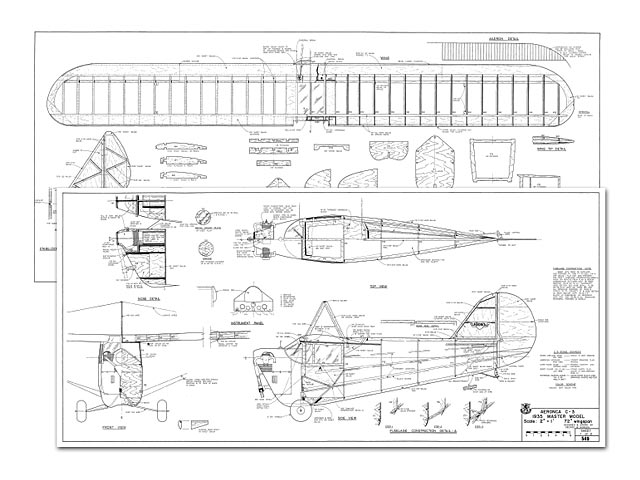 Quote: "A magnificent classic from the Golden Age of Aviation, the 1935 Aeronca C3 Master is the last version of what was probably the first true ultra-light plane commercially available in the US. The 'Airknocker' was actually not much more than a powered glider with its high aspect ratio wing and two cyclinder 36 horsepower engine.

Would you like a scale model that can be flown on any number of control channels from one on up? Then try this interesting classic from the Golden Age of aviation, the last version of what was probably the first true ultra-light plane commercially produced in the United States. The 'flying bathtub' or 'Airknocker' was actually not much more than a powered glider with its high aspect ratio wing and 2 cylinder engine of 36 horsepower, but it held more certified performance records for light planes than any other aircraft in its class.

The model always evokes great interest because of its somewhat comical proportions, and even the 'hot-rock' pilots, who don't like aircraft they cannot fly like jets, admit that it is an interesting design, and are always eager to see it fly.

Construction is not especially difficult, but as the old saying goes - it is not really for beginners. A sincere effort was made to incorporate all necessary building instructions on the plan so these will be very brief construction notes. The time saved by not having to read many pages of building notes can be better spent cutting out parts.

The fuselage is put together in a somewhat unorthodox manner, with the rear section assembled first, and the nose and cabin built onto it. The plan shows this clearly, but it is possible to build this rear section in one of two ways, either as shown on the plan, or by using the half-shell
method and making two parts, then cementing them together In this case the keel should be cut from 1/8 balsa instead of 1/4 in and two of each must be made. It will also be necessary to make a reverse drawing of the side on which to build the second half. These are then glued together to form the complete rear fuselage section.

Note that the lower keel comes forward to former F-1 as initially built. The cabin and nose formers are attached to the rear section as shown and the blocks which create the nose shape are easily carved since the formers establish the final form, but carefully note the hollowed area under the nose. It is essential to carefully follow the plan detail 'A' for the cabin sides..." 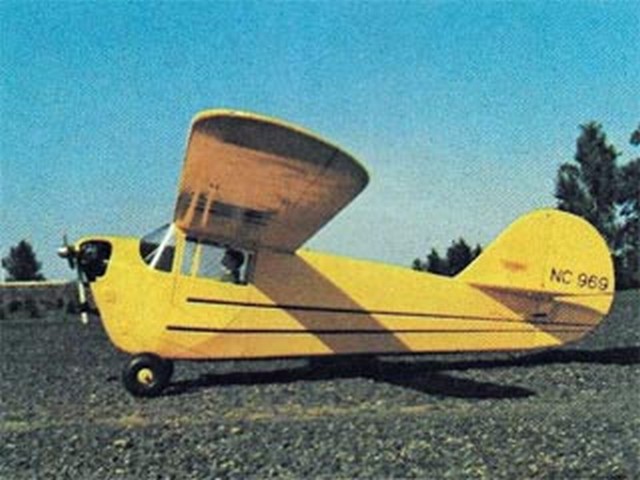