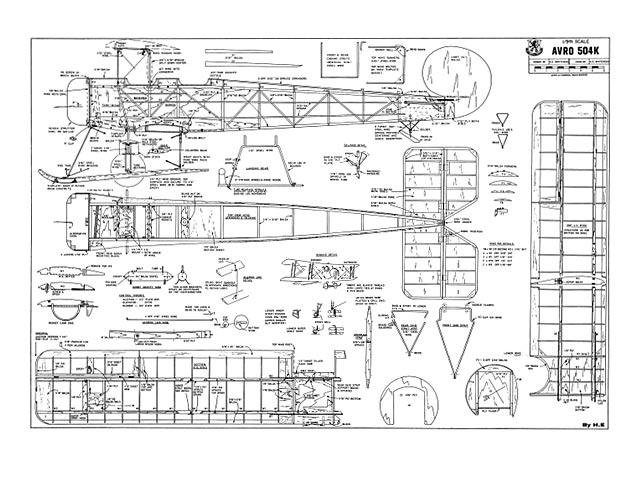 Quote: "My first flights were hairy because the model totally lacked in directional stability around the yaw axis. The scale sized rudder I had fitted was too small, and she would fly crab-wise after a turn. Furthermore, aileron adverse yaw was so great that on applying right aileron slowly to full extent, she would perform 360° left turns ad infinitum!

This really got me all crossed up when landing towards myself, as the correct aileron deflection always produced the wrong response! I discovered that to minimize adverse yaw, I needed to double fin area: this was first done experimentally by taping huge chunks of 1/32in plywood to the rudder. Previous experiments using differential aileron throws were unsuccessful; the differential made the model wallow alarmingly and did not help at all.

I now had a new problem in that her behavior in turns was inconsistent. To the left, she performed aileron turns very well, but to the right, she dragged around, tail hanging low, and she fought against the turn all the way. She needed a fair amount of coordinated right rudder. The effect was caused by insufficient right side thrust. The phenomenal amount shown on the plan [5 degrees] produces reasonable right turns on aileron/elevator only, except at very low speed when she needs a tad of rudder.

Please note that I've not described the above details just to frighten people off Avro 504's! My experience should help readers to identify and cure similar symptoms in many other models, eg Curtiss Jennys. Slight adverse yaw is still present, but by feeding in a touch of coordinated rudder, the effect disappears completely.

3 channel jobs will have no problems on this score, of course, assuming a REM set-up is used... She looks most distinctive in the air, and that prominent skid really sets her off, besides reducing nose-over tendencies on the ground. Perhaps surprisingly, the landing gear is very durable, so don't let its apparent complexity put you off building an otherwise straightforward and very satisfying design.

If you do get around to building her you will have a model which will thrill everyone with the ultimate in vintage experience." 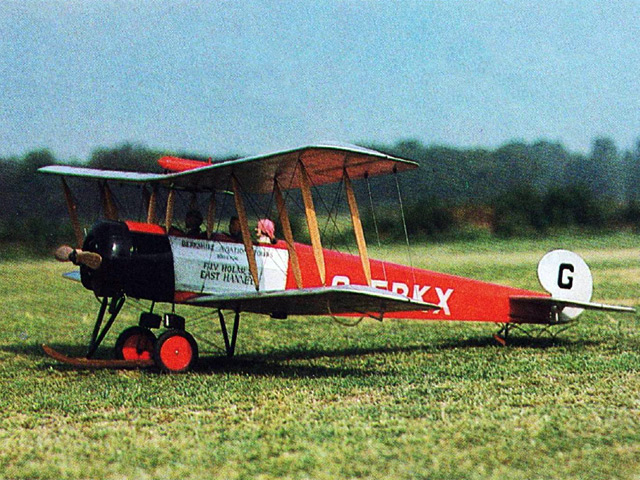