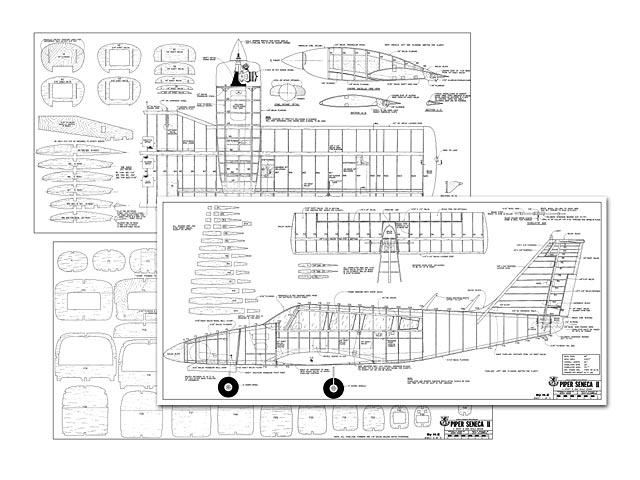 Quote: "After having scratch-built several sport twins and two scale competition twins (DC-3 and Piper Navajo), I decided to build another scale competition aircraft that combined the desirable flying and building characteristics of all the above. After in-depth research I decided that the Piper Seneca II satisfied my criteria. It was drawn up in a scale of 1:5.5.

The Seneca II is basically the old Seneca with restyled engine nacelles resulting in greatly improved appearance. It sports a high lift, high aspect ratio wing and a stabilator. Compared to other twins which I considered modeling, the Seneca engines were located close to the fuselage centerline, reducing asymmetrical thrust during a single engine condition.

I used full scale blueprints while drafting the plans. Thus, the model is essentially full scale in dimensions. Some of the exterior detail and markings were scaled using photometrics.

This construction project should not be undertaken by the inexperienced builder. The plans provide more detail than required by present Sport Scale rules, making it possible to go with only the basic aircraft such as fixed gear, no flaps, etc, or AMA Scale.

I used Hot Stuff for basic framing tasks and for areas not subject to heavy stress. Titebond was used for planking and general construction. Formula I Hobbypoxy was used on areas such as firewalls, wing spar ply splices, nose gear bulkhead_ main gear bearers, etc. For brevity's sake, all wood sizes are shown on the plans so I won't necessarily mention all sizes in the construction text.

Fuselage: The fuselage was framed up and partially planked while on the adjusto-jig. Photo #1 shows jig set up. 3/16 sheet balsa was used for the fuselage supports. The fuselage jig pieces were strategically placed to maintain fuselage alignment and stiffness throughout the construction stages: Photos #2 and #3 show fuselage frame-up completed. Note how the jig pieces also support the top fuselage crutch in Photo #3.

Cut the fuselage crutch parts from 1/4 in sheet and assemble. Then join 1/8 sheet balsa to required widths for the fuselage formers. Cut former shapes from the plans...."

Update 12/02/2016: Replaced this plan with a much clearer copy, thanks to theshadow. 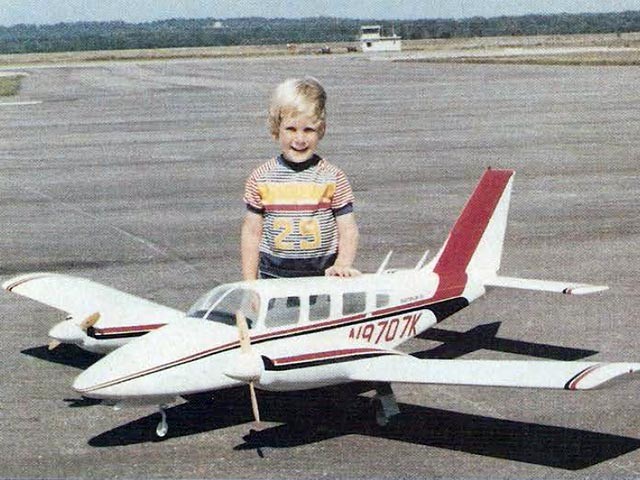