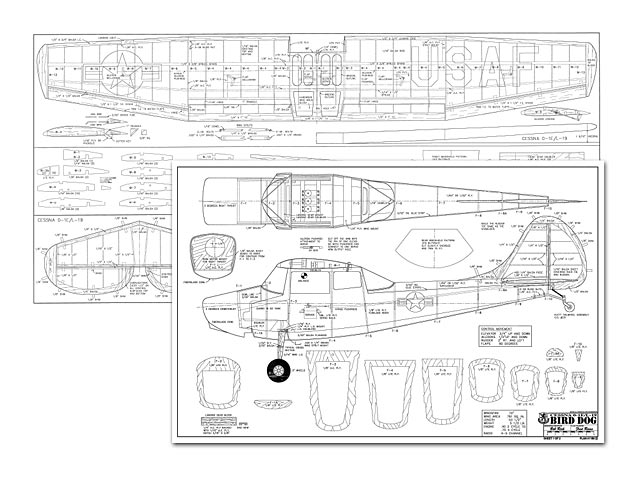 I have always liked the lines of the Cessna L-19 Bird Dog and enjoyed building several of the Berkeley Bird Dog (oz242) kits for 1/2A free-flight. Now its time for a bigger one for R/C. I found there are no plans for a larger one, other than beautiful Quarter Scale planes. I don't have the room to build that size, but a 1/6 scale looked just about right, so here it is.

The Bird Dogs were used during WWII and went back into production in June 1956, and were used by the US forces, French and Canadians. They were also made in Japan under license from Cessna. The only difference between the Army L-19 anti the Air Force O-1E is the color scheme and the kind and placement of some of the antennas.

This plane is a size that is easily handled, transported,end easy to build. Anyone who has built several kits and can cut out the parts should have no problem building this plane. An engine from a .40 2-stroke to a .70 4-stroke will fly this plane with ease. If you want a plane with a larger engine or want to fly faster, why don't you build a pattern plane instead of the O-1E? A scale airplane should fly like a scale airplane.

Construction. Start the construction with the fuselage, its easy to build and will get you in the mood to build the rest because your fuselage looks so good; besides, you need it to finish the wing anyway..." 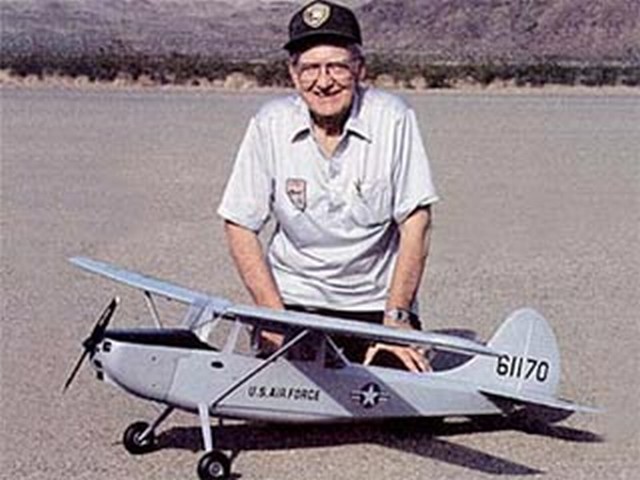