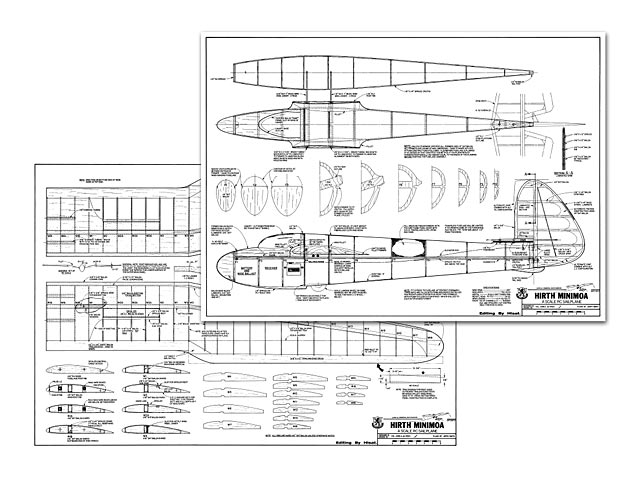 Quote: "Ever give a party and nobody came? That's the way it was in the summer of '78. Our R/C club planned the annual sailplane contest and added a new event - scale. We invested in five shiny trophies and Xeroxed a bunch of sport-scale scoring forms. Three members volunteered to judge the event. And, of the thirty-plus contestants, none had a scale ship in the trunk! Of course, our immediate reaction was: Howcum?

Part of the reason why there were no scale models may be accounted for by the fact that there are only a few scale sailplane kits. Then too, the magazines haven't published many scale gliders - in the United States, at least. European modeling magazines regularly feature scale R/C sailplanes and many of them fly as well as purpose-designed models. Then there's the problem of documenting scale R/C gliders. Many of the best references lie buried in obscure books that specialize in sailplane history. Just finding an acceptable three-view of a particular prototype may prove to be a major research effort.

Our design for the pre-War German sailplane, the Hirth Minimoa, initially proved to be a difficult model to document. But, since it was a production craft (110 were built!) we were able to locate enough information for a Stand-Off scale model of the beautiful gull-winged bird. When the model was half-built, however, the heavens opened up! John Read found Jan Scott, who owns a real Minimoa! And, I discovered Jim Ealy, who has Minimoa three-views! It would only take a bit more digging to build our model as AMA Scale, since we used scale airfoil sections.

The real Minima was a 1935/36 product of the Hirth Segelflugzeugwerke. It represents a milestone in sailplane design - the first one imported into the US was also the first sailplane to truly thermal here. The Minimoa set the pattern for many high performance sailplanes that followed. The plywood covered fuselage is of super simple design - aft of the cockpit there are no compound curves. The vertical surface (fin/rudder) is a one piece, all-moving control and the gulled and swept back wing holds both ailerons and spoilers.

As with any scale R/C model, the builder should be cautioned that there were differences between the several examples of the real airplane. In the photographs we've collected, we've found substantially different fin/rudder shapes, clear and segmented canopy construction and lvlinimoas with and without a single, centerline landing wheel aft of the forward skid. Our drawings show two rudder shapes and the location of the landing wheel. But, it's a good idea to choose and document a specific airframe before you begin building your model Minimoa.

Our model is built to a scale of 1.88 inches to the foot. The scale was chosen to give a reasonably sized and easily transported airframe. The span worked out to 105 in and the 750 square inch area is about right for a three channel sailplane (rudder, elevators and spoilers).

On the practical side, we decided not to use ailerons because they take up most of the severely tapered outboard wing panels on the real ship. The structure needed to support the ailerons would have added a lot of unnecessary weight - and we weren't sure that model ailerons would have been effective..." 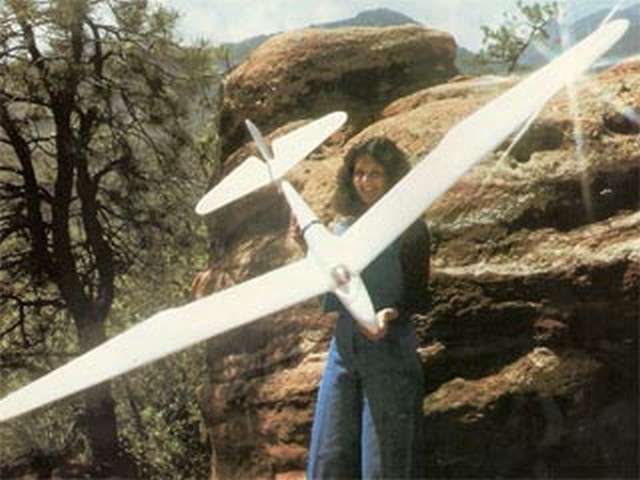