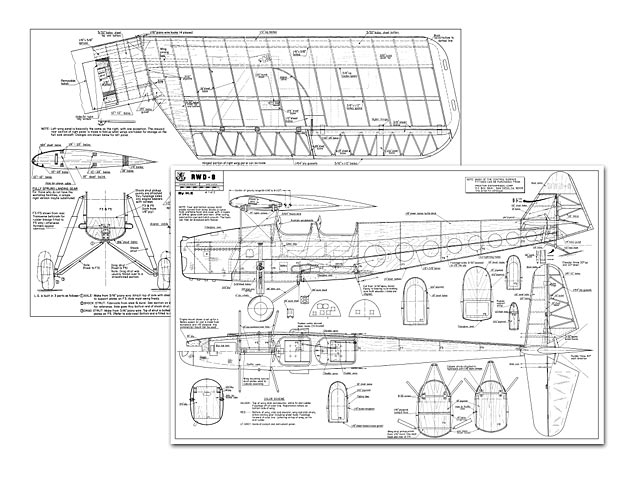 My many years in the RC hobby have been devoted mostly to acrobatic competition, culminating with my winning the Polish Championship in 1977. I then decided that it was time to try something different. and something different turned out to be a realistic looking and flying scale airplane. After much deliberation, in the manner of scale model builders everywhere. I finally settled on the Polish RWD-8, a 1932 training airplane. It was such a successful design in its day that it was built in a larger quantity than any other similar machine, and was eventually used in many European countries as a training, commercial. and military airplane.

My replica is of a scout version. in 1:5 scale, which results in a 90" wingspan. The RWD-8 has a number of features that are interesting and challenging to the builder, yet are relatively simple to achieve, or can even be ignored altogether. For example, the shock absorbing landing gear is shown on the plans and can be built to operate exactly as did the full size version, or it can be made up of music wire and fairings in a more common version. The wings of the full size airplane folded, so as to make it easier to hangar. While this is not a feature of the model, it could be duplicated if desired.

The rusdder and elevator are operated by external cables and control horns, which are duplicated om the model. As on the full-size machine, Frise type ailerons are employed, which are very effective and easy to construct. The wing struts on the model are sfunctional, so don't even think about flying without them..." 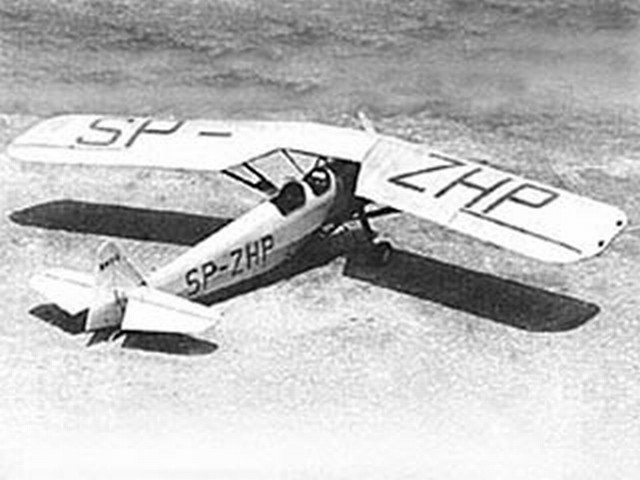