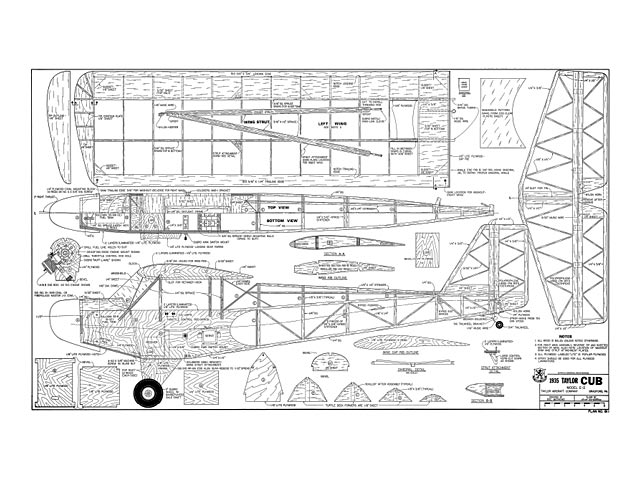 Quote: "That free-flight scale is enjoying a resurgence of interest is undeniable. One need only measure the explosion of activily in P-Nut and Power and Rubber Scale and then count the increasing entries in local and regional contests to assess this phenomena. Models are being constructed of every conceivable prototype with the emphasis placed not so much on exact scale and intricate detail, as upon flying qualities.

Although some builders exhibit extraordinary skills in developing ultra-light yet highly detailed models, the majority build in a certain scale that pleases them. The major emphasis is placed on the fun of creating and flying a model that is recognizable as a scale presentation of some specific prototype. To those R/C modelers to whom "Silhouette Scale" has appeal, we direct this article.

For several years many of us with an interest in the O.T. radio assist concept have speculated among ourselves about as Flying Scale event for old timers. We have wondered how well the SAM rules could be applied to models. What performance profile would the SAM 225 in sq per .10 cu inches of displacement rule produce, and could scale models be built with thermaling ability?

Essentially, the concept would be free-flight scale models with R/C assist to simplify retrieval and prolong in-sight thermaling. The model's silhouette should be recognizable, but no major emphasis would be placed on super scale. Judging could be done using the existing Free-Flight Scale Rules, combining scale fidelity and judging with duration times. An even simpler approach could utilize the Mooney Peanut system as described in the AMA rule book. I am not attempting to delineate a set of rules for a new event. Rules could best be developed by sponsoring clubs after some experimentatIon, tempered with experience. I am, of course, interested in stimulating sorne participation in an area that promises a great deal of potential fun and a challenging new dimension.

Several FF scale models were published or kitted in the pre WWII era. As an example, Comet's Curtis Robin, Cleveland's Stinson Gull Wing and Rearwin Speedster, and numerous designs by Pant Lindberg. Several of these ancient designs are highly suitable to the Silhouette Scale concept, however, we have opted to design from scratch to better utilize modern to and materials. In keeping with the pre-WW II time span. a prototype full scale aircraft or that era has been chosen. Whether O.T. R/C assist scale subjects should be limited to a specific time frame is a moot point, although the choice is vast.

The Prototype. The E-2 Cub was chosen for several reasons: primarily because it has never been published in a large size, although several dozen variations or its younger sister the J-3 have. Secondly, the distinctive squared-off look has a definite appeal to the eye. Thirdly, I was intrigued by the surprising discovery that the E-2 was not a cabin aircraft as I had thought for many years, but rather an open-sided parasol design. The latter fact gave an opportunity to try out a novel plug-in wing concept.

Essentially this model was designed to be constructed using power FF scale techniques. A quick study of the drawings will reveal what amounts to an oversized free-flight model with radio control added. Although much lighter and of less complexity than more usual R/C designs, the model is adequately strong and well stressed in the high-force areas. Plug-in wings were selected to best develop a strong parasol wing mount without resorting to heavy structures or difficult wire-bending..." 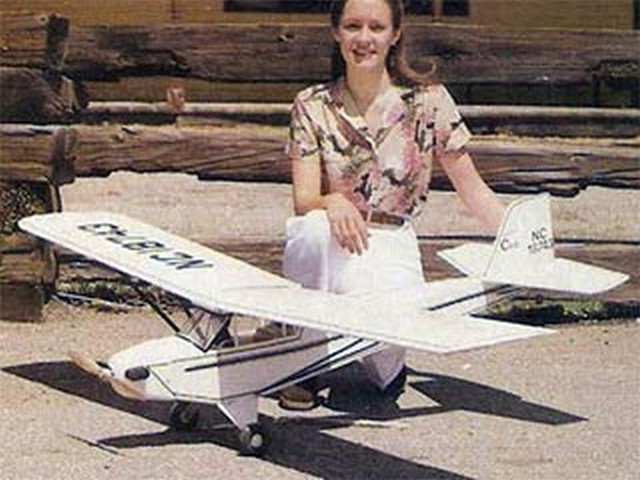