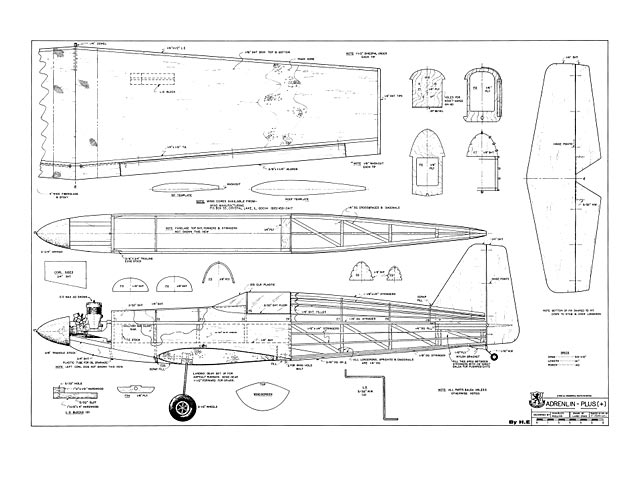 Quote: "By Charles Mullins. Photos By Wesley Taylor. This .40 powered low wing has the lines of a 1930's racer. It's a real livewire in performance and also easy on the pocketbook to build.

Have you ever started daydreaming while doing a very low slow-roll? Did you recover in time? I didn't. Does your present sportship glide like a gut-shot duck? Is it so ugly that you hide it when other modelers are present? Does it climb like you used molten lead for all the glue joints? Is it so battered-up that it looks like a teenager with a terminal case of acne? Well. I've had my share of such planes.

Through the past several years. I've read about every model magazine article I could find about designing your own airplanes. In my opinion, Chuck Cunningham of RCM has had the best articles on designing. Since I usually scratch build, to save money, I decided to build my own designs when I couldn't find anything that I like in the magazines. As a result, I have designed and built several planes through the years. All of them, thanks to good old boy Chuck Cunningham's formulas, flew very well. But none were loaded with charisma. Most of the planes were ugly as an old flea-bitten hound dog or nearly took a second mortgage to build. But that was my fault, not good old boy Chuck's. But slowly I've learned a little.

About three years ago, after the incident of the slow-roll, I decided, out of necessity, to design a new plane with a little extra looks and, hopefully, excellent flying characteristics. I wanted a lightweight plane to get a fast climb and to have a good glide. It had to be strong in order to withhold my abuse. Obviously, clean lines and a strong engine are a great help to accomplish all of this. In addition, I didn't want to anger the spouse by stealing all of the grocery money for the next two months. Besides, I stay in enough trouble as it is.

After building my latest brainstorm, I was pleasantly pleased with its looks. To me it has a 1930's racer look. That was what I had in mind when it was designed. Really - it was! The flight characteristics were indeed a surprise. It climbed like crazy, was faster than expected and would glide as good an any plane I've ever owned except for a glider. I'm not saying that it is the ultimate; but I am saying that overall it has the best combination of flying characteristics of any plane that I have flown.

During the last three years, my good friend and flying buddy, Larry Erwin and myself have flown the prototype many hours. Larry was more impressed than I was with the way it flew. With this plane, we have been quite successful in fun-fly competition.

Since I have had several modelers say that they would like to build one of these planes. I thought that I may as well share it with everyone. So I decided to send it in to RCM to see if Old Dad Dewey would like to publish it.

I would like to thank all the magazine columnists for the great help that they have given me through their columns. And a special thanks to good old boy Chuck Cunningham for his past articles through the many years..." 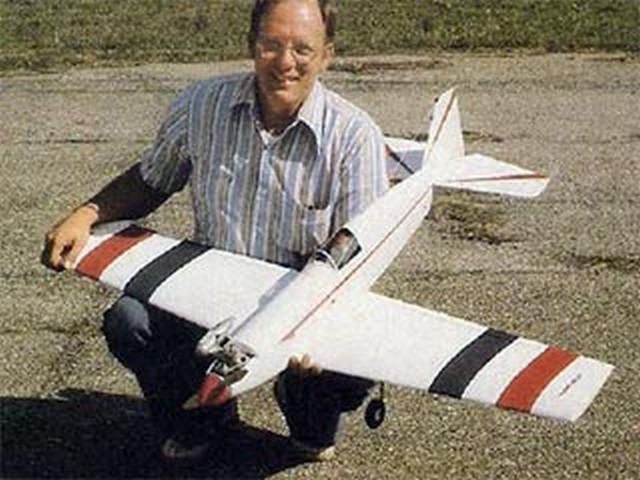