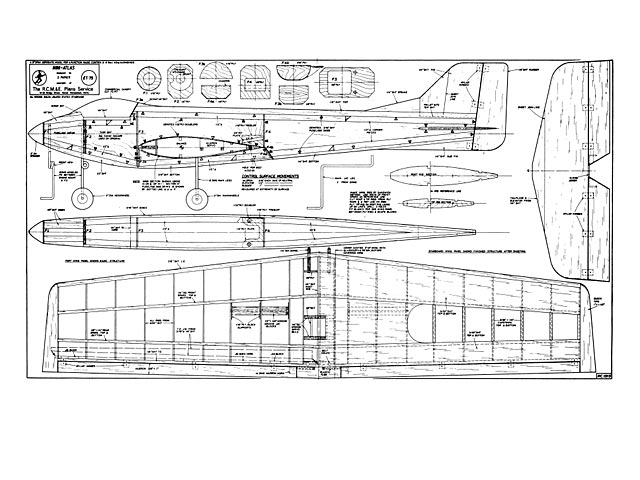 Mini Atlas. RC pattern plane, for .40 power. This is a reduced-size version of the classic Wolfgang Matt Atlas (oz5517) .60 design.

Quote: "FOR some time I have been building .60 powered acrobatic models and living with their large size, transport difficulties and the general high running expenses of a performance model. The modern generation of Schnuerle-ported high performance .40 cu in engines however, make it quite possible to obtain really good acrobatic performance with a more manageable size of model and RCME has already published plans for several to prove the point.

With these points in mind. Wolfgang Matt's World Championship winning Atlas (oz5517) design was immediately the aeroplane I wanted to reproduce as a basis of my own venture into .40 acrobatic machines. Even allowing for the lighter weight of .40 engines and the fact that such motors offer outputs as high as a two year old .60 the original size aeroplane would be too big and complicated to construct and in any case, a smaller size airframe was half the exercise. Therefore I scaled down the outlines and preserved the sections and moments to produce a 'Mini Atlas', naturally with due acknowledgement to Wolfgang Mart.

Note: This is a low resolution plan. 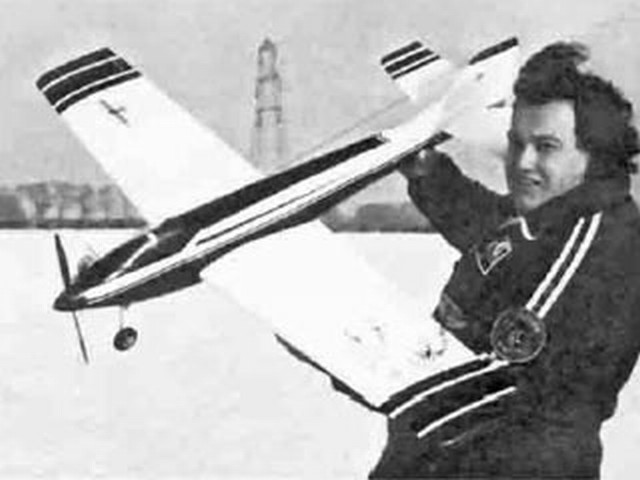