Even real birds have to get mighty close before they discover the balsa blackbird is an impostor. A heave-ho and away she goes: as soon as she rolls out of the climb into a glide you can't tell whether this bird is for real, or not. Having caught a thermal on several occasions, staying up for several minutes at a time, we've noticed other birds come alongside for a closer look.

Aside from the fact that the model looks very much like a blackbird, it does make a mighty swell flying hand-launch model, and you can easily double its performance by using a rubber catapult assist.

Construction: The required wood is confined to two or three sizes, whichever you prefer, depending somewhat on what you have at your disposal. Originally, the bird fuselage profile was blanked out on 1/8 in sheet and laminated with another piece of 1/8 sheet; you may prefer to make it out of medium 1/4 in sheet. The wings also were fashioned from 1/8 in sheet and, for added realism, we even scallopped the trailing edges to convey the appearance of feathers. The 1/16 in sheet tail surfaces were made similar to the wing.

Before attempting to assemble the model, be careful to shape and round all the surfaces, not only to improve the performance, but also because it will heighten the bird illusion. Another thing well worth remembering, is that, because of the position of the wing, the top piece of the bird fuselage pro-file is cut away and cemented to the top of the wing after the dihedral has been added.

Use plenty of cement in joining the surfaces together, particularly around the wing installation. Fillet the joining edges for added strength. If you normally use a finger grip for hand launching, taper and cement a piece of 1/8 in sheet on whichever trailing edge you would normally use.

The model does not require much nose ballast, and virtually all of it can be eliminated by melting some lead ballast and pouring it into a drilled hole which indicates the eye position. Note too that the hole is undersize so that, after the eye is formed (on each side) it stays in place permanently.

The top center portion of the wing is trimmed in bright red and yellow, approximately as indicated on the plans. When this has all been completed, you might even rub down the surface lightly and then wax it for that added luster. This may seem like a lot of trouble just for a phoney bird, but when you get a load of those gaping mouths and wide-eyed stares from other modellers, you'll know it was well worth it..." 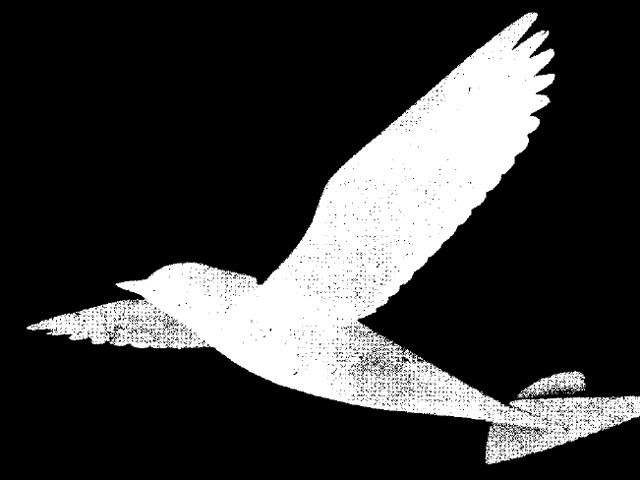 On the original plan from Model Airplane News it calls out for the body to be 1/4" balsa. On the new CAD drawing it calls out for the body to be made from 1/8" balsa. Big difference strength wise. Love the print. Building one now. Thank you. Love your Web site!
bassman - 21/04/2015
Yes, you're correct, the fuselage is supposed to be 1/4in balsa, that's what mine was back in the day, built from the original plans. Mine turned out to fly pretty well, considering the heavy Testor's balsa I used, all that was available. The lead eye made with a soldering gun thru a hole in the fuselage was a good balance technique, one I used on later gliders. In Jr High, I couldn't afford to actually BUY model magazines, but I discovered a bicycle trip to the nearby library produced a treasure trove of back issues. And they let me take them home after I read a stack in air conditioned comfort. Later I was able to get much better SIG balsa and my flight times improved.
DougSmith - 13/05/2015
Steve & Mary, out of 91 plans for chuck gliders this is the only one based on one of God's flying creatures, thanks to Paul Del Gatto. I really appreciate Brner for uploading it, but I just wish that it included the whole article because the text is just as valuable as the plan as far as I'm concerned. I went to the source on RCGroups, but it's not there either. Maybe someone in the Outer Zone (not the Twilight Zone) can find it for me and others who might appreciate it too.
Gregg - 14/10/2018
I just realised that the quote below the plan includes some text which isn't in the plan file, so somebody must have the complete article.
Gregg - 14/10/2018
Um no, all the quoted text was lifted from the plan file. Anyone got the full article?
SteveWMD - 14/10/2018
Full article can be found here: https://www.rcgroups.com/forums/showpost.php?p=21589222&postcount=9735. My dad and I built one of these when I was a kid.
EboPete - 14/10/2018
Got it, thanks.
SteveWMD - 15/10/2018
Steve & EboPete, thanks a lot for your help. However, I still don't know why I couldn't find the whole article on RCGroups, so maybe you can help me to do better in future because I've only just started to use.
Gregg - 19/10/2018
I'm not sure how easy it would be to find the article on RCGroups. I didn't find it, I just got sent it, in an email, by someone smarter than me. That's the easy way :)
SteveWMD - 19/10/2018
Add a comment