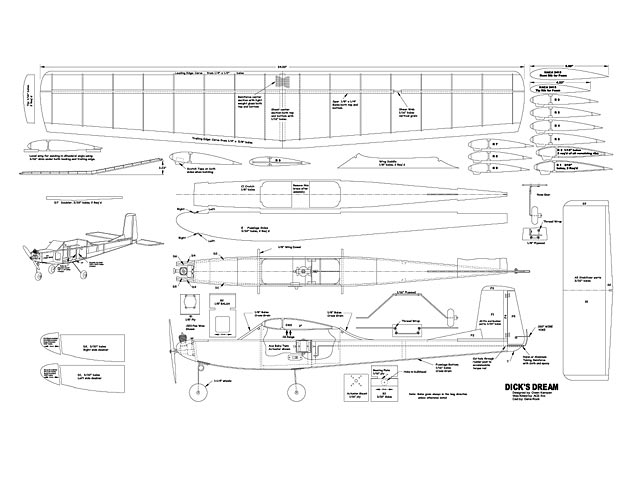 Quote: "A popular early Ace R/C plane designed for a Pee Wee .020 and single channel Ace Pulse Commander radio system. This plan recreated by Gene Rock in CAD then exported in 'tiles' to .pdf so you can print it out and build one for yourself." 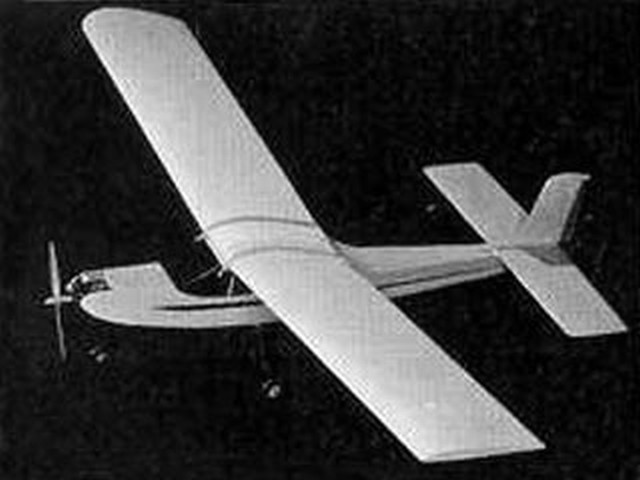 Does anyone remember if the Ace kit had a tapered wing or straight wing panels? My father had one of these that was set up with a Mattel radio but was damaged in a move and never flown. I have been wanting to build one ever since. Thanks,
John - 27/12/2020
I remember the Dick's Dream, which was a smaller version of the Ace Whizard, which used a straight wing. That's the way I would build it, using just one rib from the new plans. It would make a good electric, no more problems with the Pee Wee 020, now getting hard to find. Add an elevator and two wheel gear and you have a good park flyer. I also had a Mattel radio, advertised in the magazines at a close-out price. I soon found out why, very low range, not enough to fly. But Mattel included a nice schematic with the receiver, revealing the range problem. It used a silicon transistor as a detector, needing a strong signal to work at all. Me and my buddy Robert replaced it with a Germanium transistor and the needed range reappeared. It was a simple fix but Mattel opted to dump all the units rather than change the design. Mine worked fine until a crash destroyed the magnetic actuator and it had to be retired. Yours would not have flown without our modification. Any modern radio will work fine.
Doug Smith - 28/12/2020
Original kit has slightly tapered foam wing. Attached pics [003, 004] box art and a photo of the original kit plan.
pit - 28/12/2020
Add a comment