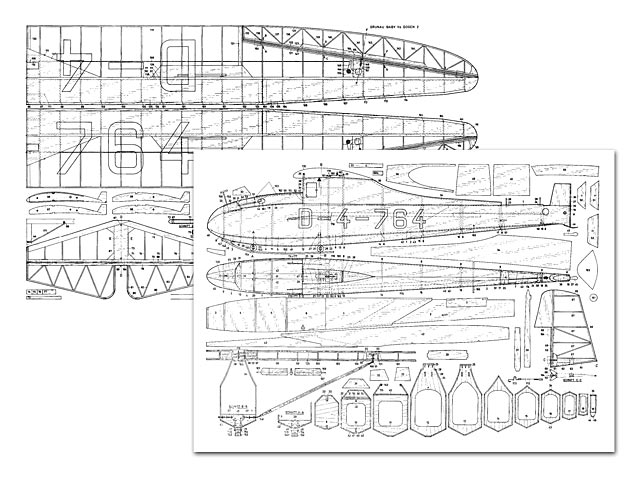 Quote: "Grunau Baby IIb. 1/6 Scale Multi Channel RC-Glider. The 'Grunau Baby' was developed in 1932, based on Edmund Schneider's and Wolf Hirth's co-design ESG 31 Stanavo. Thanks to its good performance, excellent flying characteristics and suitability for club construction, it soon became the most popular secondary training glider in Germany.

Its full capabilities were shown in August 1933, when Kurt Schmidt flew a Grunau Baby for 36-1/2 hours over the dunes of the south-eastern shore of the Baltic Sea, dreating a new world duration record. Just six months later, Hanna Reitsch, later to gain fame as V-1 test pilot, set up a world height record for ladies, flying a Grunau Baby up to 7,200 feet over Rio de Janeiro. Even now, 39 years after the first flight of the prototype, quite a few Grunau Baby's are still flying regularly in Austria, Germany and Switzerland.

Numerous improvements of the basic design eventually led to Series III, but development was stopped soon thereafter by the end of WW II. Therefore, the previous sub-type Series IIb was the one built in largest numbers and made it a natural choice for our kit model. Scaled down to 1/6 from blueprints of 1938 original drawings, and cross checked with a Baby still flying each weekend a few miles from our factory, this model is absolutely true to scale with the exception of the airfoil, which had to be slightly modified to better suit model aircraft Reynold's numbers.

As on the original, the wing is built in halves and mounted with struts, which take up most of the wing loads, permitting a light but crushproof construction. The tailplane is fixed with two bolts and struts, its incidence easily adjustable for trimming. Only the spoilers have been omitted to avoid undue difficulties and because they are not really needed on a model of this size.

Not quite as simple to build as a normal glider model, the Grunau Baby can be successfully built by the average modeler if he follows instructions carefully, which avoid all complications and show the easiest and safest, if not quickest way to finish a model that will please builder and spectators alike.

Building Preparations: To speed construction and to familiarize yourself with this model cut out all plywood parts with a coping saw, remove all balsa parts from diecut sheets, sort out all parts on the plan, drilling the necessary holes as you go along and put the parts away as they belong together. Then cut and sort all strip and wire material as per following list, using plans and parts list as reference..." 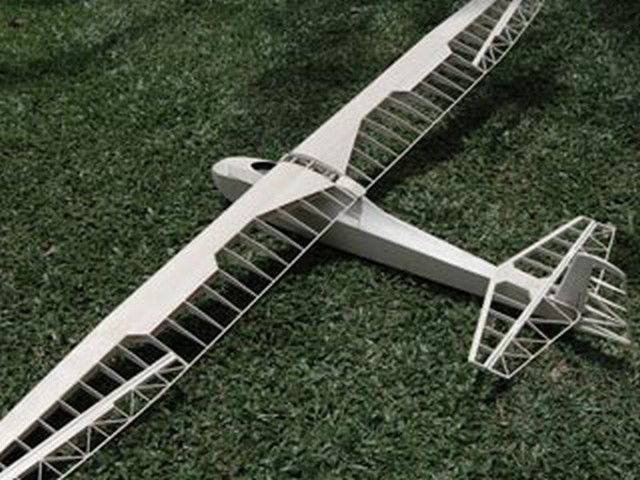 My Grunau Baby [model photo & more pics 003, 004].
azzhoo - 19/06/2013
Please add to the text that there are Grunau Babys flying in Sweden as well. I flew one (SE_SML) july 07 last year (2019) at Alleberg. Aircraft from the collection at Alleberg Glider Museum. Kind Regards,
Werner Schubert - 14/09/2020
Hi, I'm preparing to build this model and I was just hoping to make contact with someone who has built one before as I have a few questions about exactly how the stab strut sockets are mounted in the fuselage as the plans are a little unclear (or I'm a little out of practice with model building)?
Tom Shaw - 01/06/2021
Add a comment