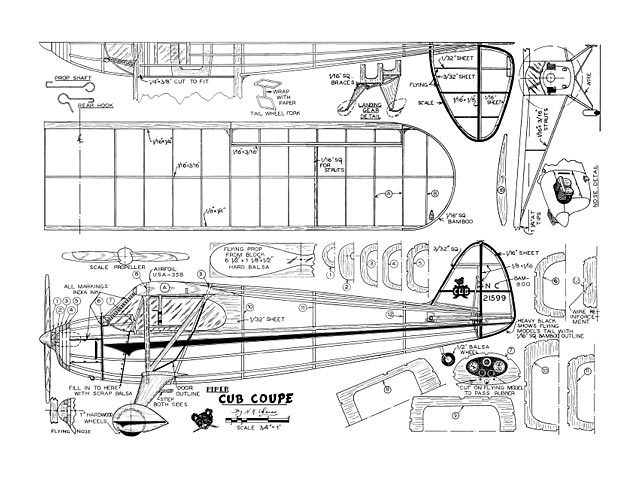 Quote: "CUB AIRPLANES are well on the way to being to the airplane industry what the Model T Ford was to the automobile industry. Selling a third of all commercial airplanes purchased today, the Piper Aircraft Corporation offers airplanes on the installment plan, and a free course of flying instruction with each ship. And the success they have gained is in spite of the fact that Cubs could carry only a negligible bomb load, would be outclassed as fighters even if armed, and have limited reconnaissance value. Great credit is due a firm whose success has come from airplanes which free the average man from the earth rather than bury him under it.

Newest of the Cubs is the Cub Coupe. Offering side-by-side seating for those prospective purchasers who were not quite won over by the tandem arrangement of earlier Cubs, the Coupe has been designed for the new 50-horsepower engines, and with the Continental A-40 cruises 340 miles at 83 mph, has a top speed of 93 mph and carries a useful load of 490 pounds. The Coupe lands in 200 feet, takes off in 300 feet, and climbs at 500 feet per minute, Additional luxury touches are the fully upholstered cabin with two entrance doors, and the pants supplied as standard equipment.

The model plans have been carefully prepared to the three-quarter scale so that they will serve as the basis for either a flying model or a scale model. In construction care should be taken to cement all joints securely, and to keep the structure true at all times.

WING Begin construction with the wing. This is made in one piece. As it is untapered, no difficulty should be encountered in laying it out on your work bench by simply carrying over dimensions from the plans with a ruler. If desired, a full-size layout can very quickly be traced. Movable controls are optional, and a flying model will usually perform better without them. If controls are made movable, use soft iron wire as hinges..." 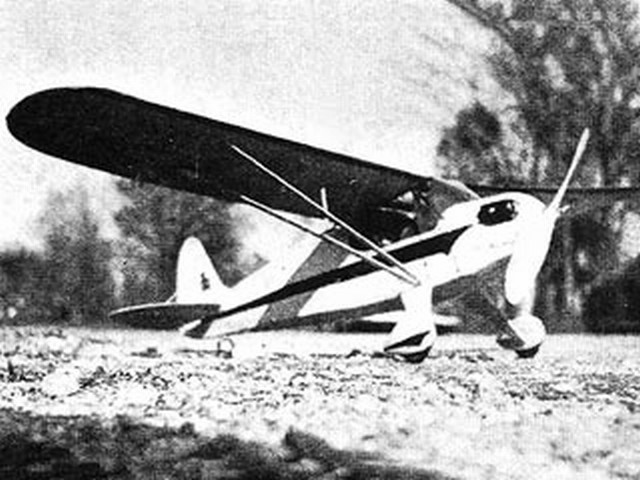