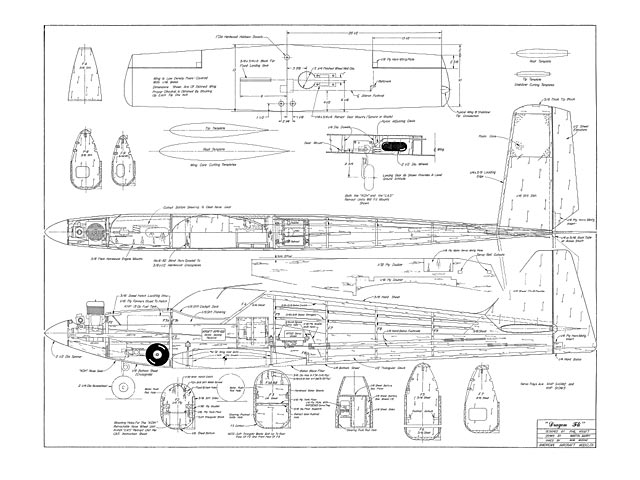 Today, there are several extremely powerful engines with great reliability as well. Therefore, the design trend has been made possible almost entirely by the availability of superior engines.

The Dragon Fli design is a development of the Slik-Fli (oz9685) type fuselage, combined with a newer wing design. Three different airfoils were tried during testing before settling on a 15 per cent section with a maximum camber at about 40 per cent. This low aspect ratio was selected primarily for ease of transportation. It does not appear to have any deficiencies, and may have advantages as far as flight performance is concerned.

The deep fuselage of the Dragon Fli contributes to stability, particularly in rough air. Like anything else, it also has disadvantages, such as in taxiing in strong winds. The plans show retract gear, and there is no question but what this is an absolute necessity for contest flying today. Fliers used to think the effect of retract gear was primarily psychological. However after having flown an airplane with retract gear, I don't think I would enjoy going back to the fixed gear model again, despite the headaches with the less than satisfactory retract gear units that are currently available.

To sum up, the Dragon Fli is a sound design capable of competition performance. Jim Edwards flew one to second place in this year's Nationals, and two others placed in the top 20 qualifiers."

Article pages, text and pics, thanks to 1stGeppetto. 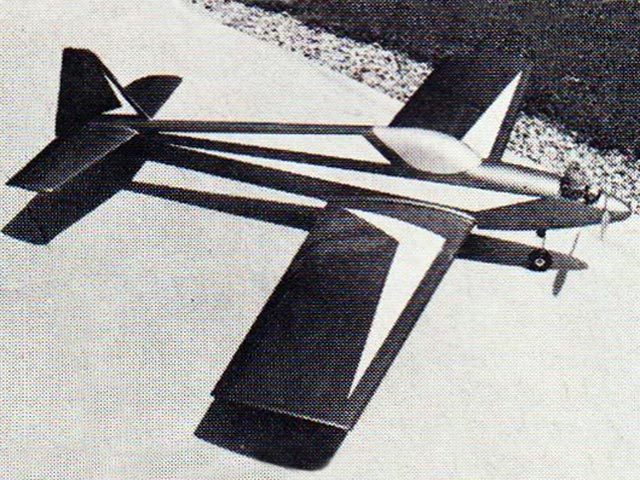