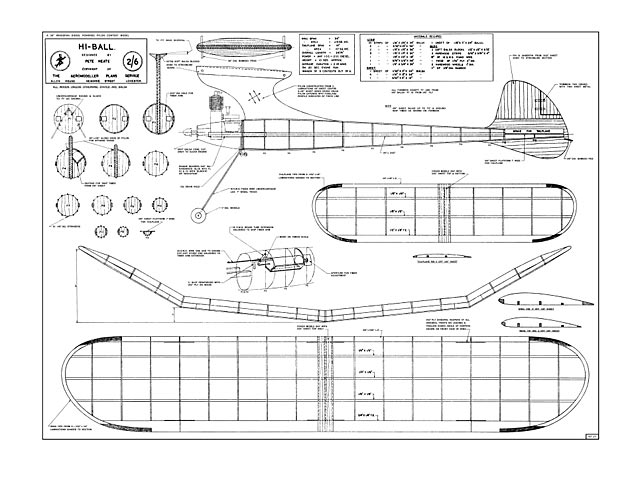 Quote: "As a fitting start to what should be a long series, if pylon models retain their undoubted popularity, we present here one of the most successful diesel models of original design in the 1947 competition season, and the first pylon power model to be featured in our pages. Some idea of this model's performance can be gained from the fact that out of six successive contests the Hi-Ball won five. Anyone who has seen the model performing at the Nationals or at Eaton Bray will understand why.

The standard performance of this fascinating little model is a take-off run of negligible distance followed by a literally vertical corkscrew climb for all of the usual twenty seconds engine run, followed by an amazingly flat glide which keeps the model in the air for well over a two minute average. Strangely enough the original model has never yet caught a thermal, although perhaps this is as well to judge from its best flight to date of three minutes forty-six seconds without such aid. All credit to young designer Pete Neate of the St. Albaus' Cement-Squeezers.

Despite the pylon power-house type of design the model succeeds in achieving a not ungraceful appearance. There is plenty of strength built into the construction, and the original model though scarred is still flying as well as ever. The simple construction is extremely robust and has an additional advantage in that, despite the low drag circular section, it does not require any jigs..." 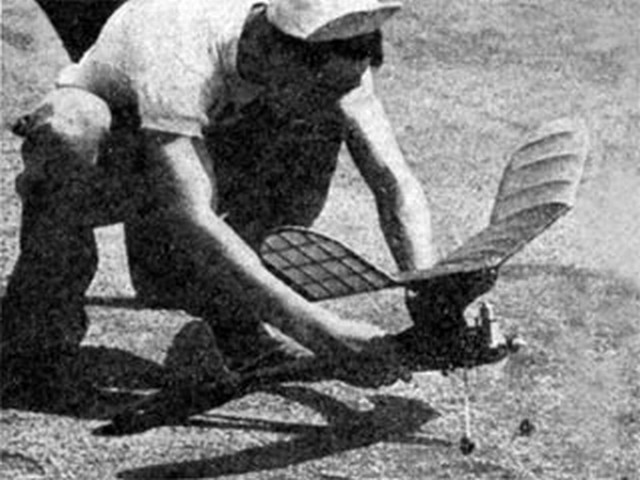