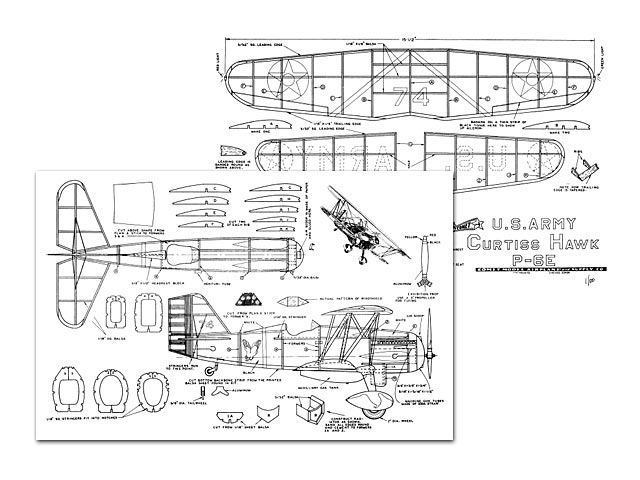 Quote: "Hi Steve, I just read the disappointed comment from Ralph H re the plan at http://www.outerzone.co.uk/plan_details.asp?ID=96 He points out that it doesn't seem to resemble the Comet Curtiss P-6E Hawk he built as a boy in 1935. Well, I checked my own stash of plans and found another P-6E Hawk by Comet from 1935 that is a much better design - in fact, it's of the usual high quality we associate with that company (pls see attachment). I believe the one you show [at planID=96] was originally an American Modelcraft kit (referred to on the plan as 'a division of Comet'). Incidentally, you also list a larger 22 inch span model of the Curtiss P-6E Hawk by American Modelcraft, which is a somewhat better design than their dimescale model put out under the Comet name. I would guess that American Modelcraft was bought out by Comet as part of the rationalisation of model companies that took place during the economic slump of the 1930s, hence the confusion. It's odd that Comet would have two similar-sized kits of the Hawk out at the same time, their own and somebody else's, but it may have been that they inherited unsold inventory from the other company and didn't want to waste it. The plan I am sending you came from a now-defunct site (which I regret I can no longer remember the name of)... Regards," 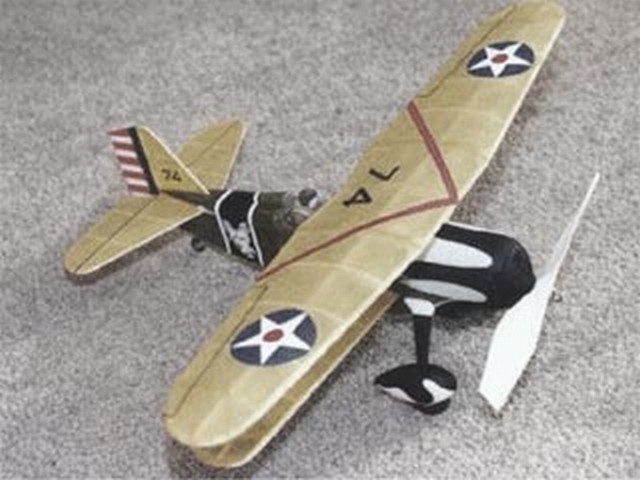 Ray T. Chevedden graduated from Purdue in 1940 and had a 40-year career as an aerospace engineer. This included Lockheed, Northrop, Radioplane, Hughes Helicopters, Douglas, McDonnell Douglas and Northrop. From the Lockheed P-38 to the McDonnell Douglas/Northrop F-18.
JohnChevedden - 26/09/2014
Add a comment