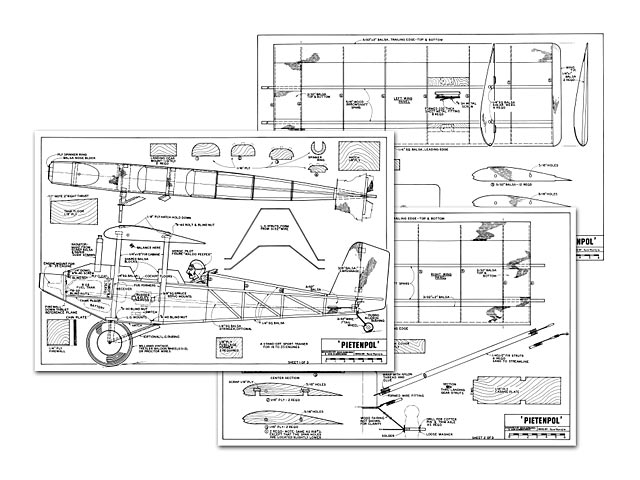 Quote: "I can honestly say that I have never derived as much enjoyment from any model aircraft that I have built at any time in my life as the Pietenpol Air Camper designed by Don Dombrowski and Doug Edwards.

This Stand-Off Scale model of the famous home-built aircraft of the 1930's is an aircraft that is easy to build and one that offers more living pleasure than any model we have ever published. Our prototypes were powered by OS Max .30's and OS Max .35's using 10/6 wooden props.

A couple of prototypes were finished with MonoKote and Solarfilm and had only the barest of scale details. Another was finished with Coverite and K&B Superpoxy. Still another was finished with PermaGloss Coverite and was complete with tooled thin aluminum cowl plates and a simulated Ford Model A radiator. A few of the prototypes used the large Trexler air wheels while others used Proctor spoked wheels. Each of the prototypes flew exactly like the one that preceeded it, and all are still flying at the time of this writing.

With an OS Max .35 and muffler, the aircraft can he flown at 1/4 to 1/3 throttle, at sufficient altitude, and your wife and kids can have a ball flying big wide circles around the field. With adequate throws on the control surfaces, the Pietenpol will do some of the wildest maneuvers you have seen.

At full power, it will climb straight up, hanging on the prop, at an unbelievably slow rate of climb. If you so desire, you can climb it up to altitude, cut the throttle, and go looking for thermals - at its low wing loading it will thermal quite easily on a warm summer day.

And, if you are so inclined, as Don Dombrowski and I were on one particular afternoon of test flying the Pietenpol, you can bring the plane down low, reduce the throttle, and by proper and judicious use of throttle, elevator, and rudder, fly the plane low and slow around you a few feet off the ground, ukie style. You can even shoot one or two wheel touch-and-go's as you're flying around yourself if you want to impress the spectators. The Pietenpol captures all the nostalgia of the vintage aircraft of the 1930's as well as adding a new dimension to R/C - putting the fun back into flying!

Whenever I have the chance to go flying, and there isn't a kit or prototype aircraft to be tested, I take the Pietenpol for sheer flying pleasure. I have never enjoyed an airplane as much as this one..." 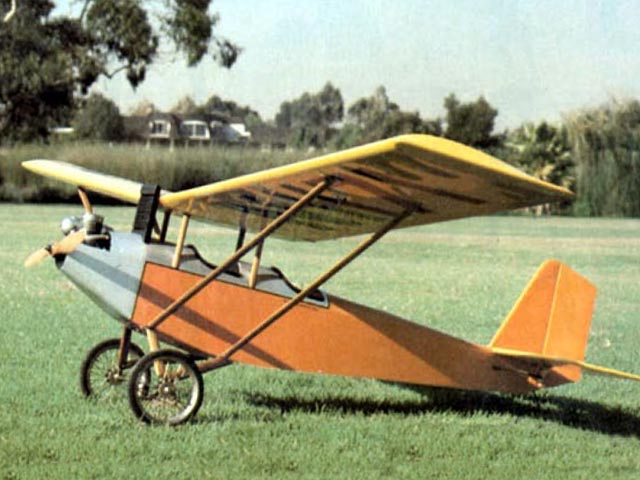