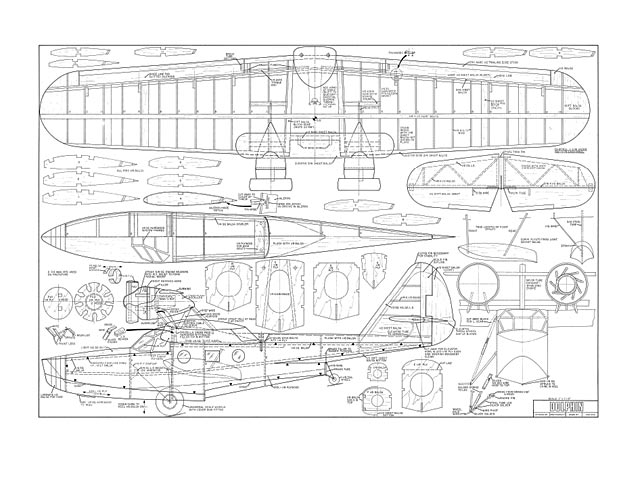 Quote: "Among my collection of rare plans I found the Douglas Dolphin, used by the Army in the early '30's, and later by the Navy in small numbers. It was pressed into service during the last war, and the Coast Guard also used then so there is plenty of scope for the paint job. Even a civil one was used in Australia, later pressed into RAAF service in the war, so red, white, and blue roundels are also correct.

The part that grabbed me was the position of the engines. The two 9 in props on a 60 in model met at the middle with only 1/2 in between them. This was the ultimate in twins for one engine flying and I guessed that the swing would be minimal. They were also well forward for CG and in clean air, with a sub wing added for smoothing out torque, as well as stiffening the nacelles against vibration.

The problems included hiding the engines in the dummy Whirlwind engines, and getting enough tankage in the tear drop nacelles, Twins want plenty of running up on the ground, and small tanks are a danger. I got over this by using fiberglass with a custom made tank in metal fitted snugly inside. The engine mounts are very rigid. I had a rough landing which tore out the wing fixing, but the engines were untouched by the jolt.

The dummy engines were made from 1/4 in ply, half rounded, and epoxied to the front part of the fiberglass nacelle which is removed for access to the engines. The Townend rings are 1/16 in ply wrapped round the engine profile, after which is added 1/8 in cross-grained balsa fairings.

I chose the Whirlwind engines rather than the later Wasps because the front exhaust ring, made from nylon tube, hides the cylinders so well that it is not necessary to fit fins or elaborate detail, saving a lot of time and extra weight. The O.S. engines just fit in the Townend rings, protruding a little at the rear, but as they are side mounted, are unnoticed. You could fit them inverted, but starting is not too easy this way, as l found on the Scion. When one engine is howling, it's not easy to hear or 'feel' if the second is right, and flooding is all too easy, This means out with the plug, all of which becomes very frustrating.

The main rule for twins is, 'keep up the, flying speed well above the minimum necessary for the particular model you are flying.' At high speed and in straight flight, the loss of one engine can be unnoticed..." 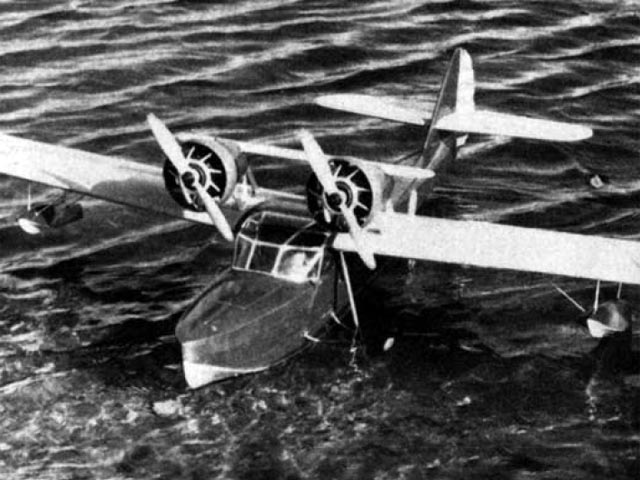