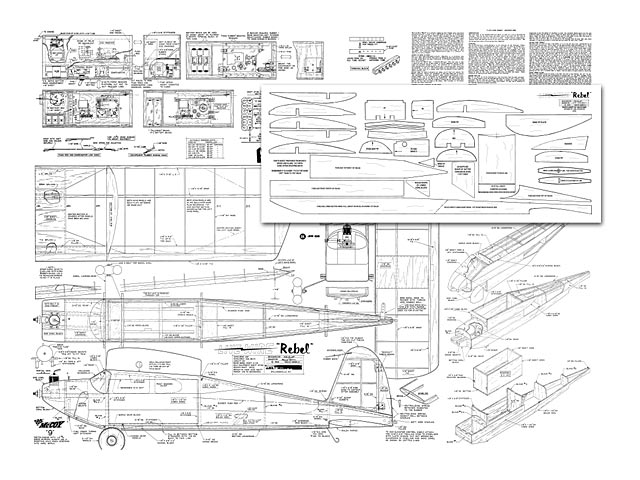 Quote: "The Live Wire 'Rebel' is a realistic appearing full fledged radio controlled miniature aircraft, it is not a toy in any sense of the word. It is especially suitable for use with single channel radio equipment and when so equipped it makes an ideal R/C trainer or in the hands of an expert it becomes a fine contest winning model. Developed along the Live Wire design theory it makes the most of stress engineering so that you have a light weight rugged aircraft that will carry much more than its own weight in equipment and still provide the ultimate in performance. The Live Wire design incorporates exceptional stability, instantaneous maneuverability, controlled climb and marvelous wind penetration all the result of a well developed compromise factor.

The construction is simple and straightforward to give you a long lasting model that is easily assembled. The Rebel makes an ideal R/C trainer with its compact size, simplicity and adaptability to such a wide range of radio equipment. Its forgiving flight characteristics make it a pleasure to learn to fly with a Rebel.

POINTS TO BEAR IN MIND: This is a radio controlled model aircraft therefore it is different from all other types and no matter what sorts of models you have used before there are some things which are done differently in R/C which you must do if you are to have success..."

Alternate version of the same plan. This version is split over 5 sheets, for easier printing. 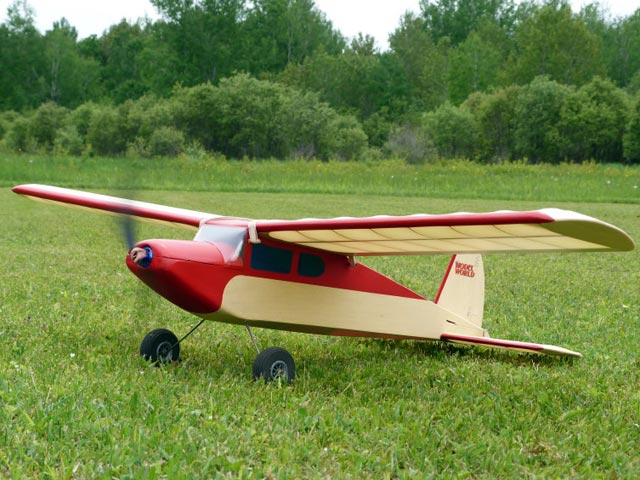 I built one of these from the kit sometime in the early '60s, can't remember exactly what year, had an OS Pet 09 and single channel receiver. A Bonner escapement worked the rudder, with a second escapement (2 position) installed vertically for the throttle. The OS had a two speed throttle, consisting of the usual rotating barrel but two different holes for high and low throttle, nothing in the middle. It ran well and idled fine on low speed, but it didn't have enough power for the Rebel. I crashed it because of my crappy Controlaire receiver which was sensitive to metal-to-metal noise from the throttle. I had to build a new wing to replace the weak design that was prone to warps, still have the old rib pattern. My kit was not good, heavy, stringy, die-crushed wood typical of DeBolt kits. With a better wing construction and good wood, it would make a much improved scratch built model today....
DougSmith - 18/04/2015
The first photo shows a Live Wire Rebel built from the original kit way back in 1973 [pic 005]. It had an Enya .09 (removed when photo was taken) with proportional R/C for rudder, elevator & throttle. It was a clunky design (as described by DougSmith) but a fine flyer - and was shared and bashed up as a basic trainer by many members of our school club in Lakefeld, Ontario, Canada. The guys in the photo are Jamie & Don.
The other photos [main pic, 006-008] show my reduced size (36" span) electric powered version. It has flown from wheels, floats & skis - and is still flying - now in its seventh season!
ChrisMoes - 26/10/2020
Add a comment