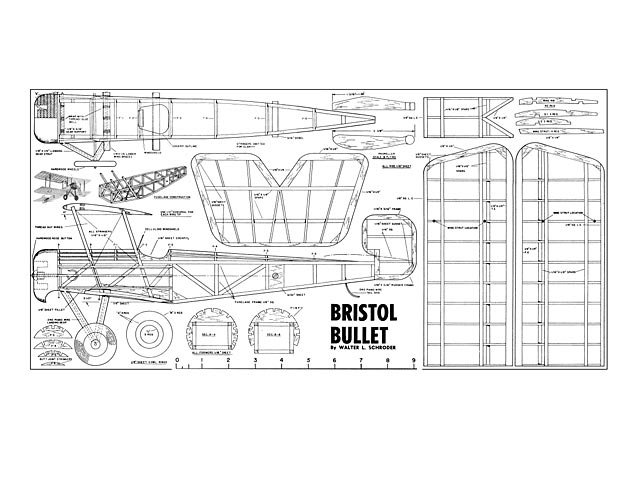 Quote: "DESIGNED by Captain Frank Barnwell in 1914, the Bristol Bullet scout type D was the first single-seater scout to go into production during World War I. It saw service with England's Royal Flying Corps towards the latter part of 1914 and was used as a scouting reconnaissance plane. (The fighting Scout was a much later development.) Although several hundred were built, they never formed the complete equipment of any one squadron. After its service days were over the Scout was turned over to training squadrons.

The full scale version of the model outlived its contemporaries by many years. It was bought by a private owner after the armistice and became G-EAGR on the English civil register. Ten years later it was still being flown by a private owner at Shelburn-in-Elmet, Yorks, England. It ended its days in an automobile junk yard at Stainforth, England, around 1936.

The coloring of these machines was in accordance with the official British camouflage schemes in use at the time. The early models of 1914 were clear-doped all over, with a serial number painted on the rudder.

For the above information, plus specifications for the model, we are indebted to Aeromodeller, the famous English model magazine. All details shown here are from the Bristol Bullet (oz884) plans by EJ Riding in the December 1945 issue of that magazine.

For those who are interested the scale details of the model are one inch to one foot. The full size plans are designed to give the modeler the best assistance possible. In the actual size shown here in plan form the model may be constructed for powering by T-56 brown rubber or Herkimer's CO2 motor; double all measurements fopr powering by gas engines in control line flying scale events.

As for the design, simplicity is the keynote, and the model is an ideal project for the newcomer..."

Quote: "Here's the original layout of Schroder's Bristol Bullet, a fullsize foldout plan from May 1948, Air Trails. Originally by E.J. Riding in Dec, 1945, Aeromodeller. 1"=1ft. scale. Tagline: This rubber or CO2 motor powered scale model can also be built as a control-line ship." 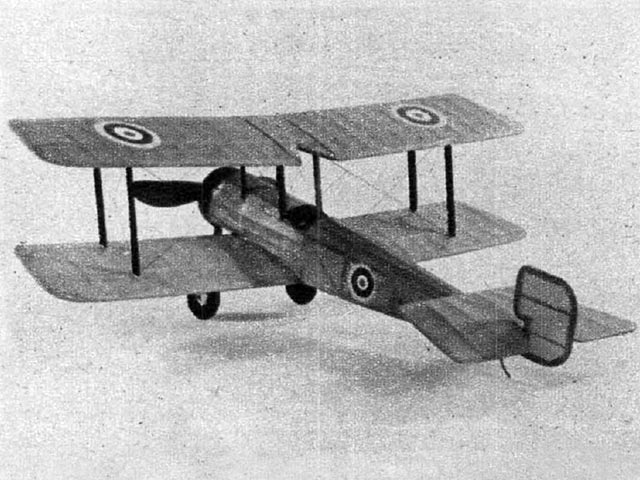