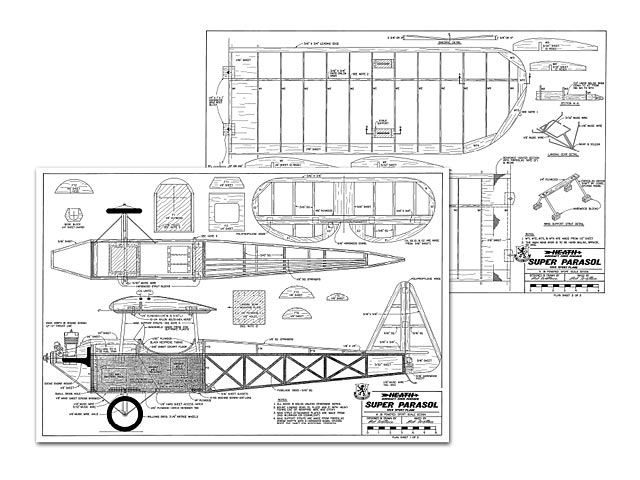 Quote: "A .19 powered, 3 channel stand-off scale/sport flyer version of the 1928 original by the Heath Aircraft Company.

The Heath Super Parasol was designed, built and first flown by Edward Bayard Heath in 1925. Powered by a converted Henderson Motorcycle engine of 23 HP, the Parasol proved to be a stable, easy to fly aircraft. After building and testing several Parasol variations, the Heath Aircraft Company began in 1927 to produce the Super Parasol in numbers. The original factory fly away price was $595. In the years that followed, the Super Parasol was offered in kit form with or without engine and propeller, or a complete set of blueprints could be purchased for $5.00.

Between 1927 and 1930 many plans and kits were sold. The purchaser needed only basic hand tools to assemble his super Parasol. However, as is usually the case with home built projects, the quality of construction ranged from crude, poorly assembled models to modified show piece type specimens.

Although many Super Parasols were built and flown, virtually no two were built alike. This included the factory built Super Parasols, which were continually being improved and modified. The Parasol design was also developed in a mid and low-wing configuration. It was in the low wing version that Ed Heath was to be tragically killed, when the wing failed on a test flight in 1931.

The death of Edward Heath prompted the sale of the company several months later to a group of Chicago investors, who renamed the firm to the International Aircraft Corporation. In the years that followed the Heath Super Parasol was offered by International in the conventional and mid-wing configurations. The low wing version was never produced. The last Super Parasol was built in 1936, although parts and blueprints remained available up to World War II. The company which had by then become highly diversified, flourished and grew, particularly in the radio and electronics field. Today as everyone knows, Heath Kit Corporation is a giant in the electronics kit industry.

What first prompted me to consider building a R/C model of the Heath Super Parasol was a strong interest in home-built aircraft of the 1920-1930 era. The Bradley Air Museum in Windsor Locks, Connecticut has on display a partially restored Super Parasol. After viewing it, I simply had to build one.

The Super Parasol shown in the accompanying plans is intended as a Stand-Off or Sport Scale project. The nose has been lengthened slightly, but the only substantial change is the reduction of the elevator and rudder surfaces for better R/C flight characteristics.

The R/C Super Parasol is both easy to build and fly. If you have a yen to build a 'fun to fly' R?C model, with a vintage home-built look, the Super Parasol should be of inlerest to you. Whether you build it as a Sunday sport flyer or a more detailed contest type model, you won't be disappointed. For the contest type of model, two excellent sources of scale detail information on the Super Poraciolare available from tho following: The Thomas Studio of Melville, New York, who offer an outstanding historical documentation booklet on the Heath Super Parasol and the Historical Aviation Album, P.Q. Box 33, Temple City, California, which has an issue (Volume IV) that covers Ed Heath and his numerous designs..." 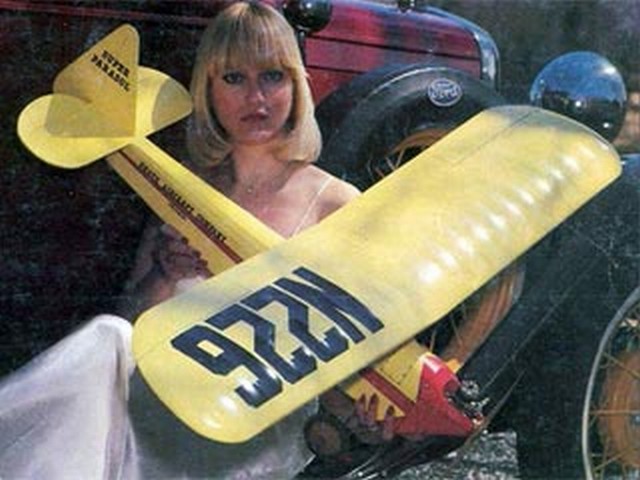