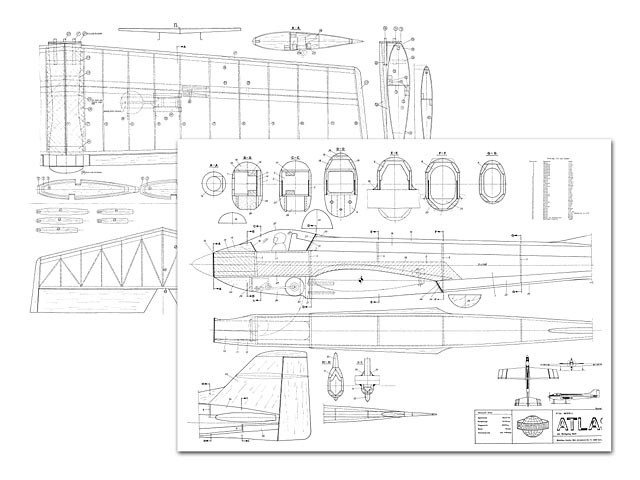 The Atlas is not an airplane that just reaches out and grabs you at first glance. Rather, it's one of those very functional designs that grow on you over a period of time. I believe it's destined to be a classic like the Taurus (oz612), Citron (oz9711) and Kwik-Fli (oz6526). If you are a competitor, you grow to admire the Atlas fairly quickly as you watch it perform, probably in the process of beating the socks off your own airplane.

I personally developed a deep respect for it at the 1974 Las Vegas meet where Wolfgang placed 2nd, just missing 1st by a slip of the tongue. I'm sure most of the competitors at the 1975 World Championships in Bern share my feelings, after Wolfgang's convincing win there. The more you study the Atlas, the more really outstanding features you discover.

The Atlas has already established quite a record on the world contest circuit including of course a 2nd place at the 1974 Las Vegas Toumament of Champions and a 1st place in the 1975 World Championships. The entire Liechtenstein team flew the Atlas in Bern and finished 2nd in team placing. This is an outstanding accomplishment when you consider that the population of that little, magic kingdom is only 35,000. I'm sure the superior performance of the Atlas helped the team immeasurably.

Construction.The Atlas is not an easy airplane to build and is not a project for the inexperienced builder. Wolfgang and his brother Gunther designed into the Atlas everything necessary for a championship model, but ease of construction definitely was not on their list of requirements. The plans are good and well detailed, so step-by-step building instruc-tions are not required for experienced builders, but a short discussion of the major components should help most builders. The stock list describes all the various wooden parts. Bear in mind the model was designed for metric balsa. The nearest equivalent wood size available in your local shop is shown in the table.

The Atlas fuselage is a beautiful subject for fiberglass, no much so. I believe that Wolfgang must have had this in mind when he designed it. At any rate the wooden version, as shown in the drawings, requires a simple building jig for assembly. The jig should support the bot-tom of the 2in balsa fuselage sides to hold them in alignment. At the same time, jig stations should be located to support each former in its proper location..." 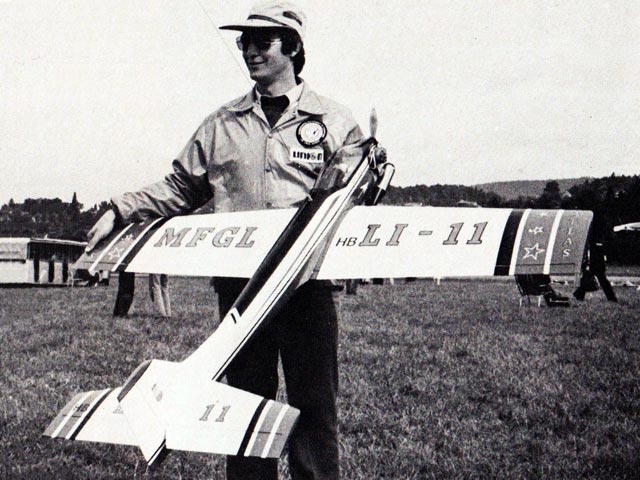