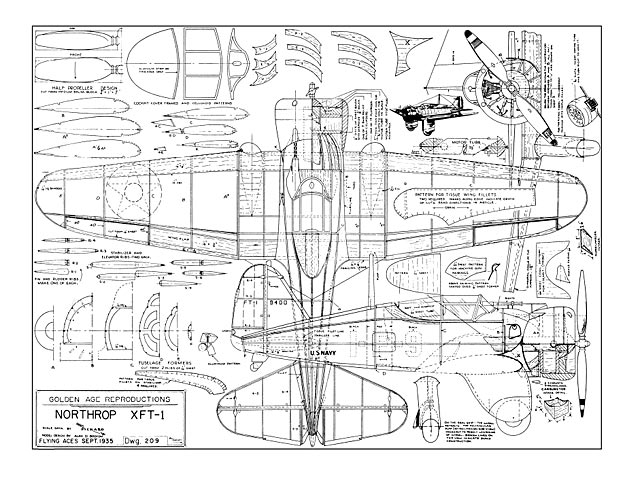 Quote: "THE Navy has been testing the Northrop XFT-1 fighter for several months. It is a snappy little ship of 30 foot span, and boasts a top speed of nearly 300 mph since a twin-raw Wasp 14 cylinder engine was installed. The armament consists of two Browning machine guns of .30 and .50 calibers.

Several recent changes in the XFT-1 are also in the model, so you are get- ting the latest design. The finished model is a beauty, and flies as a scale model, with only the propeller oversize. It is stable, and glides in for good landings.

The design looks heavy, but the original weighs but two ounces fully rigged, powered and doped. The distribution of weight has been carefully figured and should not be altered in a flying model. Several difficult patterns have been developed for you on the plates, but your model may vary slightly, so you had better make test patterns to check before cutting costly material.

Fuselage. The formers are cut from 1/16 thick balsa plywood that you make. Before starting, place waxed paper between the work and the drawing. The right half of the fuselage is made on the drawing, and taken up to cement the parts of the left side to it. In building the right half, cut the top and bottom longerons from 1/16 sheet balsa, pin them on the proper lines and cement the formers in place..."

Article pages, text and pics. This includes the original 6 pages of drawings as originally printed 1935. Thanks to lincoln. 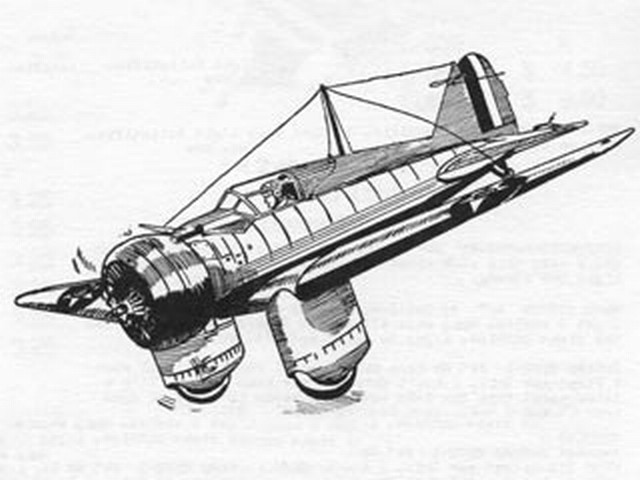