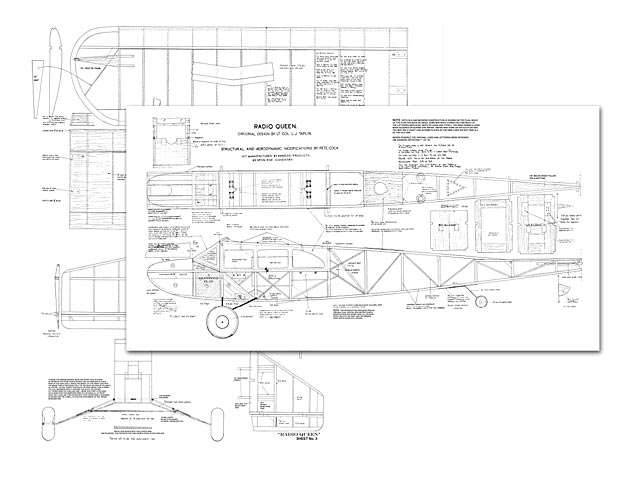 Both old and modern construction is shown on the plan. Much of the lettering has been re-inked, some mistakes corrected and much of the lettering replaced (both by hand and typed). The wing panels have been squared up during the inking. Inking was done on an old plan and you may see a fuzzy line in some places as the new lines did not hide all of the old line. Where possible the original lines and lettering were retained. Jim Johnson (Skystone) 7/25/05." 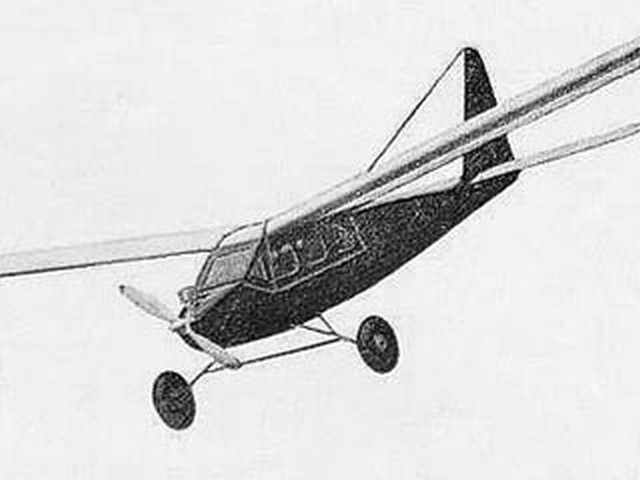 Thank you for re inking the Radio Queen plan and making it available for download. I have a problem understanding exactly how to fit the 1/4" x 1" and 1/4" x 1/2" cross braces between the triangular removable front screen sides. Is there any indication anywhere?
JefOtt - 13/11/2015
I’ve seen two versions of the RQ. One with an empennage with squared off tips and the other with rounded tips.
Buzz - 11/11/2020
Add a comment