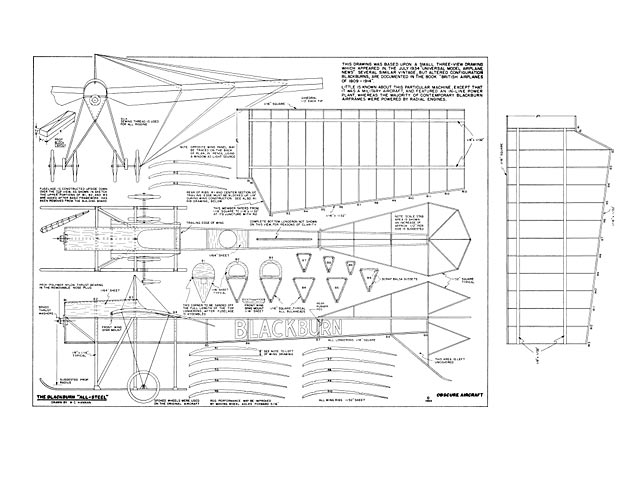 Quote: "This drawing is based upon a small three-view drawing which appeared in the July 1934 'Universal Model Airplane News'. Several similar vintage but altered configuration Blackburns are documented in the book 'British Airplanes of 1809-1914'. Little is known about this machine except that it was a military aircraft, and featured an in-line power plant, whereas the majority of contemporary Blackburn airframes were powered by radial engines."