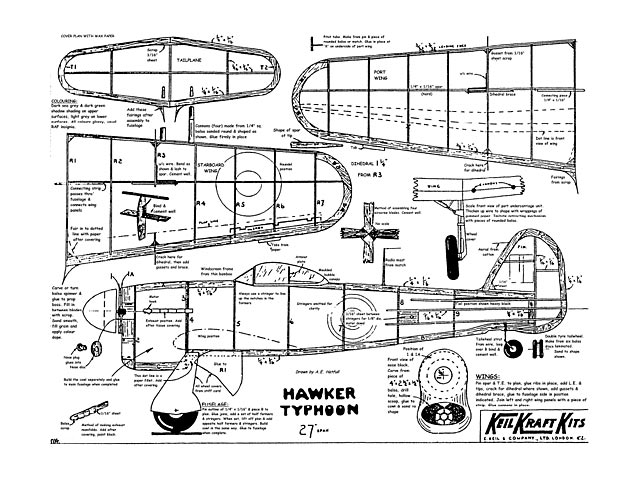 Quote: "Hello Steve, I'm sending you a plan which I hope you may see fit to include in your listings. This is the Keil Kraft Hawker Typhoon. It was part of the company's first-ever range of WW2 kits, all made to 1/18th scale and designed by Albert E Hatfull between 1946 and 1950. In the late 1990s Doug McHard launched a campaign in Aeromodeller to try to track down the entire range, but only partially succeeded - maybe we'll have more luck in the Internet age? Outerzone already has the Fw-190 and Hawker Tempest from the same series, but there are several others unaccounted for, according to Doug's article included in the supplement file. They fly much better than Keil Kraft's more famous, but smaller and later, series of WW2 fighters. This is a blow-up of the plan as shown in Doug's article, made using the excellent tutorials on Outerzone. There is no printwood for this one, so I made allowance for the inclusion of a scale-width fuselage when sizing the plan for printing. It comes out as 27 inches span if one adds just over 2 inches for the width of the missing fuselage formers (the fuselage was 40 inches wide on the full-size machine) - which is spot-on. I also replaced all the hand-written text on the plan as it was almost illegible ....Regards," 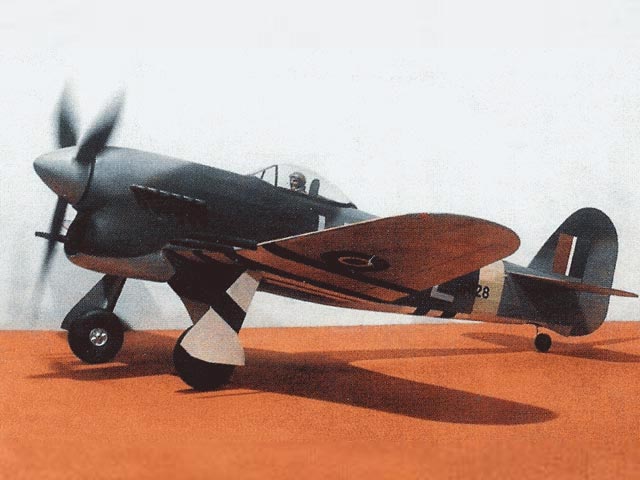