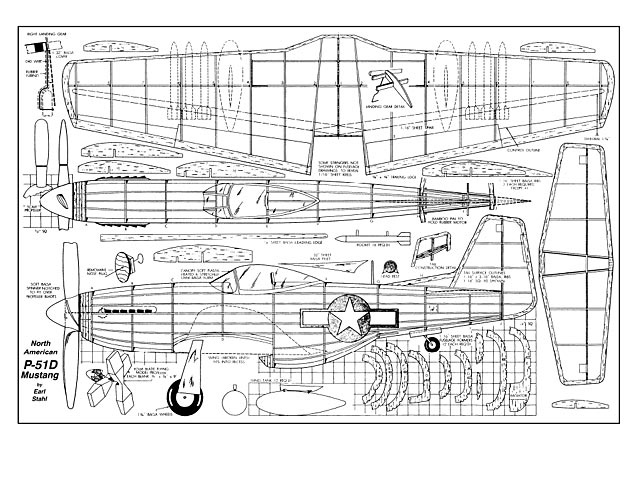 Quote: "POSSESSORS of some of the most brilliant fighting records of the war, the P-51 Mustangs blazed a trail of destructive glory through enemy skies. Particular favorites of Allied airmen, they were feared and respected by the Germans and Japanese.

Attaining greatest acclaim as long-range fighters, squadrons of Mustangs became familiar sights over Berlin and Tokyo as well as other remote targets. Used in great numbers, first as escorts for the heavy bombers, when they were making deep penetrations into enemy territory, these aerial terrors werelater used tactically in offenses against ground installations, such as supply dumps and transportation facilities. When flying protection for the bombers, range was increased by carrying fuel in external tanks beneath the wings, and the normal armament consisted of six .50-caliber machine guns. For sweeps against ground targets, rockets and bombs were mounted beneath the wings. All in all, the ships packed a deadly wallop regardless of the mission for which they were outfitted.

Before the United States entry into the war, the Mustang was conceived by North American Aviation in response to Britain's cry for a high performance fighter. The plane that resulted proved so satisfactory that it was adopted by our Army as one of our top fighters. The original P-51 was powered by an Allison engine for fighting at low altitudes, but it was not until the Packard-built Rolls Royce engine was used that the high-altitude, long-range performance of the present-day ship was attained. Actually, the Mustangs that saw service in the closing days of the war were a far cry from the original. Aside from the changes in fighting equipment that developed through experience and the changing trends of the war, lines were altered by the new engine, the bubble canopy and the dorsal fin - only the high speed NACA laminar-flow wing and the horizontal tail appear unchanged.

Our model is of the latest Mustang, and while emphasis has been placed on flying ability, it is accurately reproduced in line, thus making an unusually attractive display project. Perhaps a glance at the drawings and photos may give the impression that building is difficult, but the opposite is true, for no complicated structures or methods are employed and even the catchy-looking bubble canopy is made quite easily.

Experience has demonstrated that low-wing models can be made to fly well and the P-51 Mustang is no exception. Aerodynamic proportions have been worked out carefully and so if the structural weight is not allowed to become excessive, long, stable flights can be expected.

Before starting to build, study the drawings and text to get a complete mental picture of each problem. Proceed then with care and the reward will be a neat-appearing, fine-flying miniature.

In selecting materials for your model, obtain the best possible. Balsa wood, which comprises most of the structure, should be light, firm stock. Regular colorless model airplane cement is used to join the members.

To build a full-size model, it will be necessary to enlarge the drawings to twice the printed size. This will enable construction to be done directly atop the plans, which is the best and easiest way. However, a model of the size shown may be made without altering the prints; unfortunately though, small models do not fly as well as their bigger brothers, so we must recommend the latter.

The fuselage is usually a good item to start with, so let's get under way. The type of construction used in this ship calls for sheet balsa formers mounted on four sheet balsa keels; stringers to give the proper shape are thin balsa strips. This method of building is most practical since it is both easy and strong. First cut the four keels and numerous formers (note that two of each are required) from 1/16 thick medium grade balsa. To assemble these parts, pin the top and bottom keels right over the plan, then cement half the formers and one side keel to place. Next lift this frame from the plan and add the remaining formers and keel..." 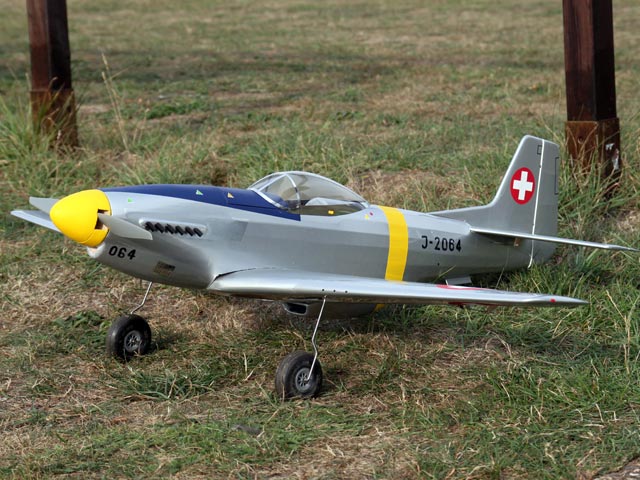