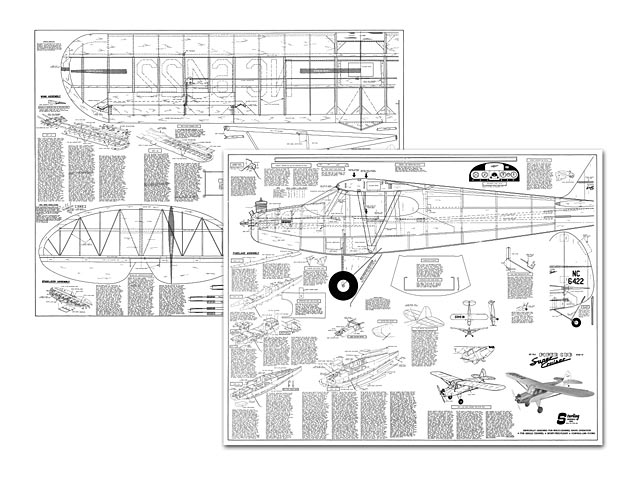 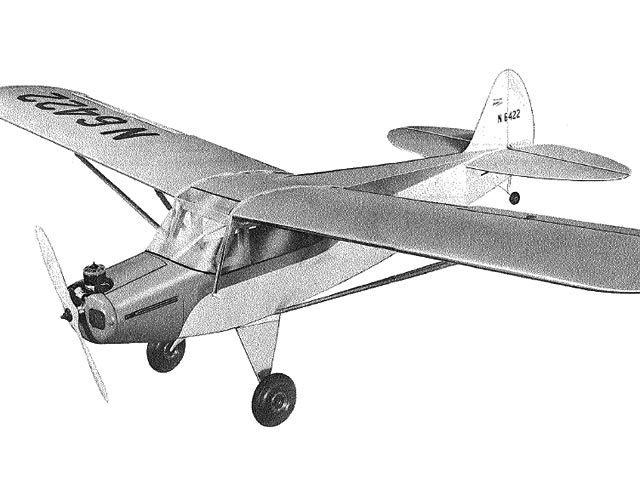 Friday, May 10, 2019: Attn: If anyone still has this vintage FS-8 kit, would you be willing to draw up a sheet (or sheets) that contains full size trace outlines of each of the fuselage bulkheads/formers? If so, please send an email to me Bill Jackson: wjcm8883@aol.com to advise of your charge for this service. I would like to build this model. Thanks.
Bill Jackson - 11/05/2019
Bill, Sterling also produced this aircraft in a 36 in wingspan kit and that plan has the bulkheads. Outerzone has the plan see oz1424. Seems you could photocopy using the enlarge feature to fit your needs. It probably is double, but compare the wingspans to get the exact percentage difference. Good luck with your build.
Bill Hibbets - 12/05/2019
12 May 2019, Bill Hibbets:Thanks for the information.
Bill Jackson - 13/05/2019
The E series Sterling Piper Super Cruiser is in no way identical to the larger FS-8 version. The number of fuselage bulkheads is different. The wing is different. The tail pieces are different. There is no simple interchange of enlarged parts from the E series plane with the FS-8 version. You will never get an F-8 plane by enlarging the E series plan. The result will be an enlarged E series plane, which is good.
MS - 08/05/2020
I agree completely. Both models have in common only the fact that they are Piper Super Cruiser and that they were kits made by Sterling. After carefully checking the plans of the large version, I can see the formers can be developed because the fuselage section is not round but made with straight lines. Only the nose might be a problem, but this section can be taken from any three view plan of the aircraft. Anyone who can handle Photoshop or any other similar software, can develop the formers. Concerning the width, it can be taken from the wing center section, and the three view plan. I would do it but I am short on time despite the coronavirus lockdown. And yes, wingspan is 72 inches. The problem is that I was confused since the year in which I built the model was 1968. Stupid confusion. And finally, anyone building this model, YOU MUST REINFORCE THE WING CENTRE SECTION!!!!! My wings folded and that was the end of my SC. The original structure, was not designed for full house radio control. Just for free flight or single channel. Best wishes from Colombia.
Eduardo - 09/05/2020
My Piper Super Cruiser made from the Sterling kit in 1968 [pic 003]. It had a Torpedo Greenhead .35 and an Orbit 6-12 channel radio with only three controls. no ailerons. Monokote covered. Unfortunately, the wings broke up and there was no more Super Cruiser. I recommend anyone building this beautiful model to reinforce the wing center section. Best wishes.
Eduardo - 10/05/2020
Add a comment