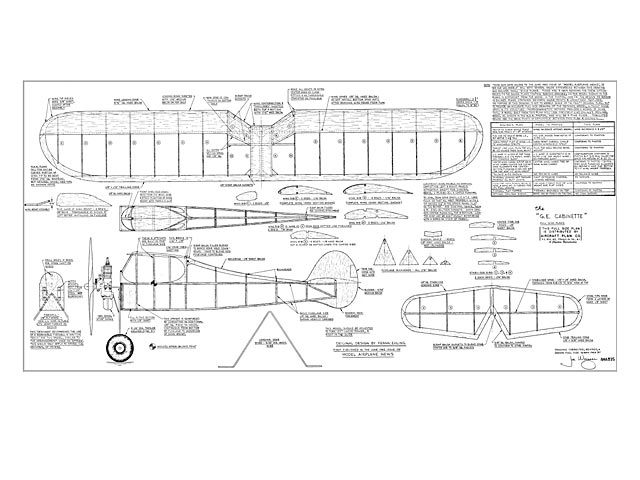 G.E. Cabinette. Free flight gas model. Originally from MAN 1942, this version of the GE Cabinette is a later re-drawn (and amended) plan from 1964, by Joe Wagner.

Those who have access to the June 1942 issue of 'Model Airplane News' or 'Air Age Gas Models' will note several major differences between this drawing and Ehling's small-scale plans. There are 3 main reasons for these differences:

The purpose of this drawing is not to merely scale up the faulty original plan, but to provide an accurate full-size drawing of the original model, without weak spots in its structure. Programmetric methods provided a means of doing this; a model built from this plan will look precisely like Ehling's original model as shown in the MAN photos, and will be a fine flier. Tabulated below are the main points of difference between this plan and Ehlings..." 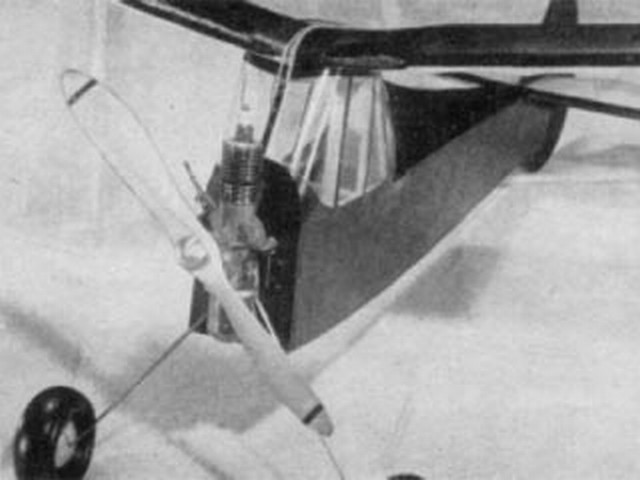