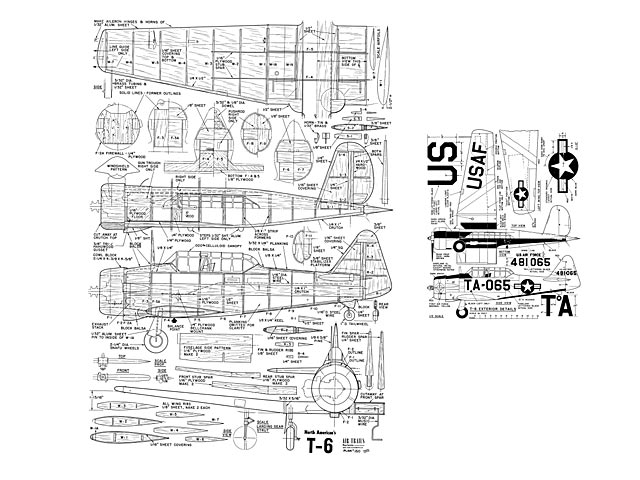 Quote: "More pilots have flown it than any other plane. Flip open any military pilot's log book, be he Aussie, Canadian, British, Mexican, Brazilian or US, and chances are you will find some AT-6 time listed. Undoubtedly more military pilots the world over have won their wings flying the AT-6 than any other training aircraft. The AT-6 became universally accepted during the last war when thousands were produced both here and in other countries. Its various names included Harvard (Canadian and British), Wirraway (Australia), and AT-6, SNJ-4, Texan (USA).

Built by the manufacturer of the famed P-51 and B-25, the North American AT-6 is no less famous as a trainer. It has become a fixture in flying training since it was first used by the US Army Air Corps in 1936 under the designation BC-1.

More recently the AT-6 (now T-6 under new Air Force designation) is still being flown by the National Guard and the Navy and Air Force Reserve. The regular Navy and Air Force now use the '6' as a primary trainer. Time changes everything - yesterday's Advanced Trainer now in Primary!

The model is scaled directly from the prototype. Since actual measurements wer made and factory 3-views used we feel certain the drawings will satisfy the most rabid scale fan. Scale is 1 in =1 ft, giving a 42 in span model. The exterior detail drawing includes the decoration and insignia used on the prototype which was based at the Newark, NJ, Air Force Base. This particular airplane is an instrument ship flown by Air Foprce Reserve pilots, including this model builder.

The model weighs 32 oz and effective wing area is 232 sq in resulting a wing loading of 13.5oz/100 sqin. This is a bit on the heavy side for tight vertical 8's but big loops and inverted flight can be done easily if you want to do some limited stunt flying. Th eplan shows a symmetrical airfoil which is the only departure from scale on the original model. True scale airfoils are shown.

Power can be any of the glow plug engines from .32 to .60 cubic inch displacement - the small motors for low and slow.

As the result of flight reports from numerous modelers who have built this model, we recommend that you lower the bellcrank location at least 1/2 inch from that shown on the plans. The line leads come down too..." 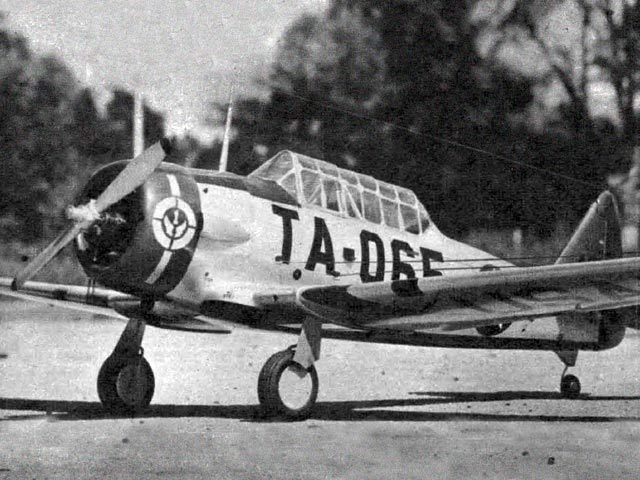