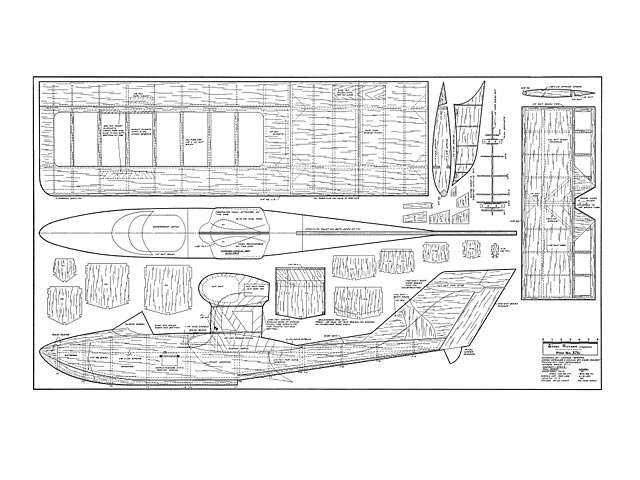 Quote: "Osprey I, by Dave Ramsey. Build an R/C scale model of this striking homebuilt flying boat, which one again proves that you don't need brute power to take off from water - just good hull design.

The Osprey I has to be one of the neatest seaplanes I have yet seen. The full size Osprey is a single place, sport flying boat hornebuilt, designed by George Pereira. lt is constructed mostly of wood, covered with fiberglass. The only metal in the construction is the center truss which holds the engine and the wing folding assembly.

The Osprey I is painted white, Hugger Orange (auto paint), and black. The full size aircraft can be built for around $1500 less engine, prop, and a lot of work. So for the time being I will have to content myself with my model. l feel that the model Osprey I is the most impressive flying and looking seaplane I have built, and I Think that anyone building her will feel the same,

The full size Osprey I is built almost like a large model, which makes it very easy to build as a scale proiect. When my Osprey was completed, she weighed 8 lbs, ready to fly. Due to the high thrust line and pusher configuration, the Osprey does not act like an ordinary airplane. With power on, the nose wants to pitch down, and up elevator will have to be held in. This is quite apparent when taking off. When reducing power, the nose will pitch up. With these power changes in action, landing becomes most interesting. After many tries at making a good landing, I have arrived at this procedure: (1) Power reduced to establish a rate of descent. (2) when it is time to level out before the flair, cut back on the power. With the power at idle, the nose will come up and she will sit down just as nice as you could ever want. This does take practice, however, and after 30 or so flights, I am still working on the landings.

The model is stressed for hard flying and will take a beating. Aerobatics are no problem as long a5 you remember she is a scale seaplane.

One thing that puzzles people when they first see my Osprey, is how can it get off the water, at that weight, with only a .40 for power? All I can say is she's got a good hull and 800 sq in of wing area. After all, the wing loading is light and more power for this scale airplane only equals more problems. 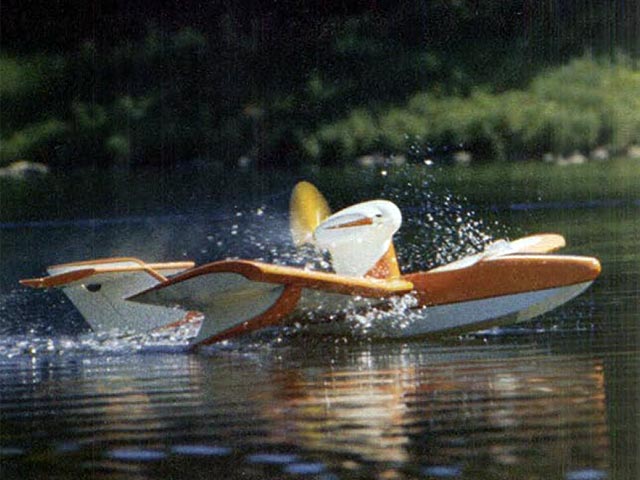