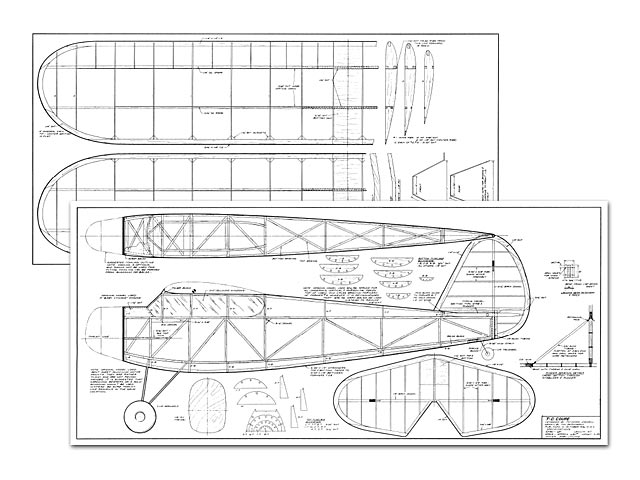 Not all Old Timer model airplanes became famous because of a fantastic competition record, or because the designer was a well known modeler. A perfect example of this was the TD Coupe, designed by Theodore Dykzeul (anyone know where he is today?) and published in the October 1936 issue of MAN. Stop and think, folks, that's almost 38 years ago!

In a day when most gas models were big 8, 9, and 10 foot span boxy clunkers, the Coupe stood out because it was small, clean, and very scale-like in appearance. As a consequence, among old timers it remains as well known as the Miss America, KG, Zipper, Bombshell, et al.

In addition to its attractive exterior, the TD Coupe was well designed structurally, with some features that are considered quite 'contemporary,' such as sheet balsa webs connecting the top and bottom wing spars. As such, it should be a natural for R/C, with almost no modifications - except for splitting the tail surfaces for rudder and elevator control.

The original model was flown with a Baby Cyclone engine." 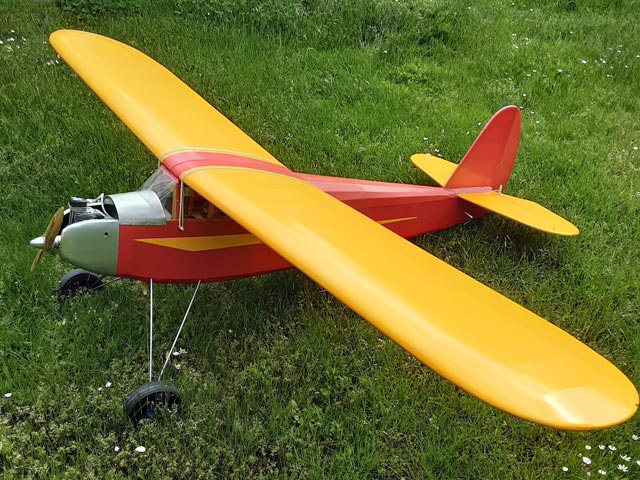