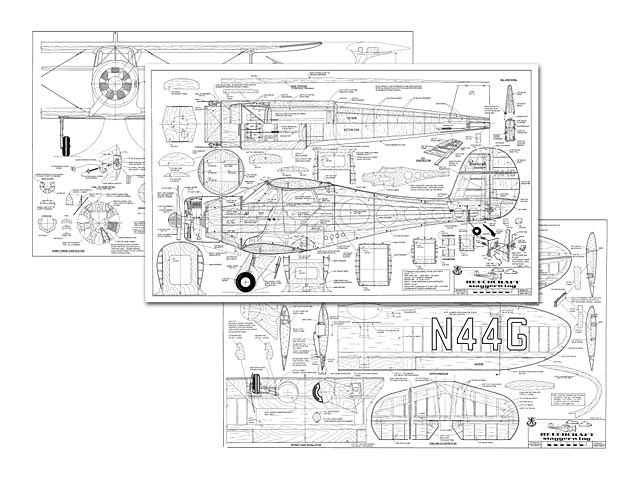 Quote: "To almost anyone with a strong interest in aircraft, the Beechcraft Staggerwing is a fascinating and very appealing airplane. Although I cannot claim to have had an all-consuming dedication to this subject in the beginning, I have come to appreciate the ageless beauty ofthis airplane, particularly alter flying it and seeing it in the air.

The Staggerwing marked the introduction to the marketplace of the Beech Aircraft Corp as it is known today. Designed in 1932, and modified to essentially its final configuration by 1934, the airplane was very advanced over anything available at that time and for a long time to come. Even military aircraft could not compete with it, and its performance is still quite superior in some areas.

Flown by many of aviation's most illustrious pioneers, the Staggerwing became famous and has endured over the years. It was tough, fast and very stable and is a much sought after airplane today. Of the 781 manufactured, including those supplied to the military, estimates of active airplanes range from about 135 known to the Staggerwing Club to over 250 worldwide and more are in the process of being restored whenever they can be found.

As a scale model. the Staggerwing has many virtues. Among these are retractable landing gear, flaps, plenty of radio room and, of coarse, the biplane configuration but without cabane struts. In additio,n it is uniquely and significantly different in design from any other production airplane ever built. It also has some difficulties. The most obvious is the large radial cowl, and the fuselage, with its multiple stringers and very extensive wing fillets, is rather complex.

Weighing these and many other factors, l decided to go ahead with the project, especially since l could not recall any serious effort of note to create an RC model of the Beechraftt Model 17. The basic plans were drawn in September 1974, and details of the difficult areas were puzzled out as construction progressed.

Most exact scale models are fragile in their airworthiness and marginal in their flying capabilities. Thus they get very little use, either because the builder's nervous system is not up to the task, or the airplane doesn't survive long enough to accumulate very much airtime. Furthermore, at least in my case, I recognise that I have neither the patience nor the ability to build models in the class of those produced by a Claude McCullough, a Dave Platt, or any of the otyher well known true scale builders.

My goal, therefore, was to design a tough fly-a-day airplane that was reasonably practical to build from lumber yard materials where possible, and that would appear full scale or life-like in flight. With these considerations in mind, the model was drawn as a stand-off scale 'G' series aircraft at 2 in equals 1 foot. This ratio provides a wingspan of 64 in and produces a final weight including fuel of 12 pounds. It's big and spectacular.

A number of concessions to scale were made where I felt that the change would contibute a better model without significantly altering or degrading its appearance..." 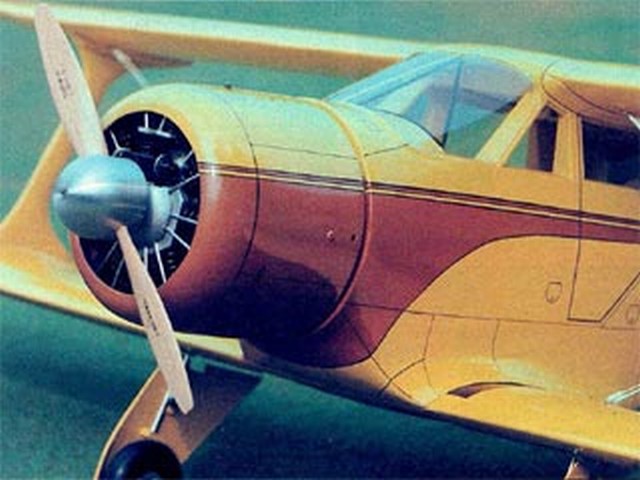