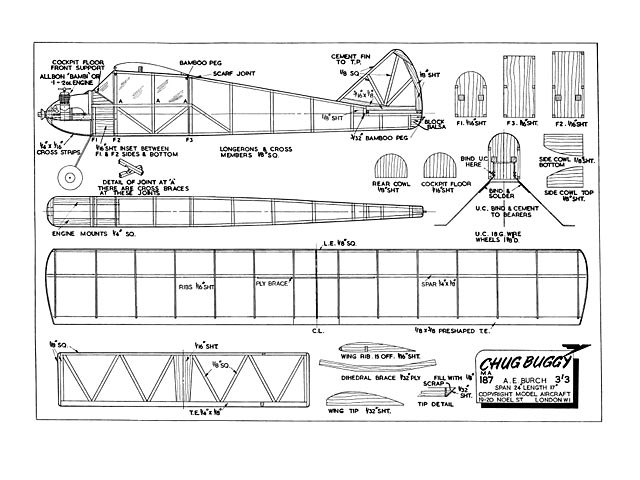 Chugbuggy was designed some time ago when the Allbon Bambi was first announced, and was flown initially with the K.2 MkII engine installed. A further 22in span design was flown powered by a .1cc Dragonfly. Both models had an extmely stable flight pattern and amassed some 200 flights between them.

Since that time a further model of the 24in span version had been built and flown with the Allbon Bambi as the power plant. The Chugbuggy was built with fairly carefully selected wood to keep the weight down consistent with a strong structure and the all up weight in lulling a full tank was under 3oz. This was not difficult to achieve and a further reduction in weight could be made by using Wakefield materials with advantage.

Chugbuggy is best flown with a left climb and glide, which can be adjusted with the aid of a trimming tab on the tail fin. The choice of propeller is somewhat critical on an engine of this size and several props both wood and metal were tried out..." 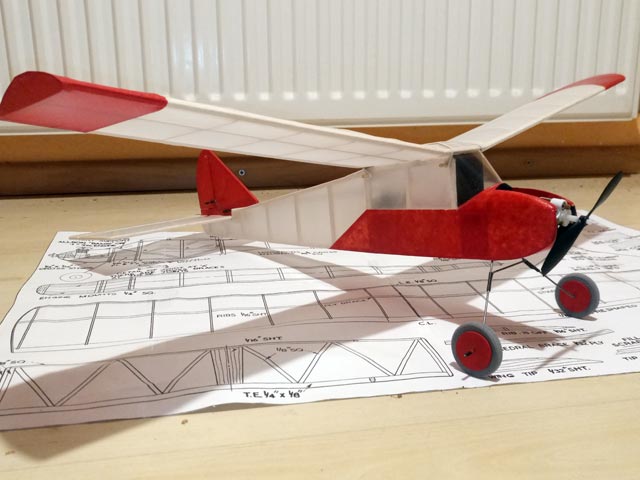 Hello, In the attachment you find two pictures of the "Chug Buggy" [main pic, 003] which can be used on Outerzone if you want to. I've converted the model to electric power and three channel R. Greetings,
Volker Lisiewicz - 28/12/2020
Add a comment