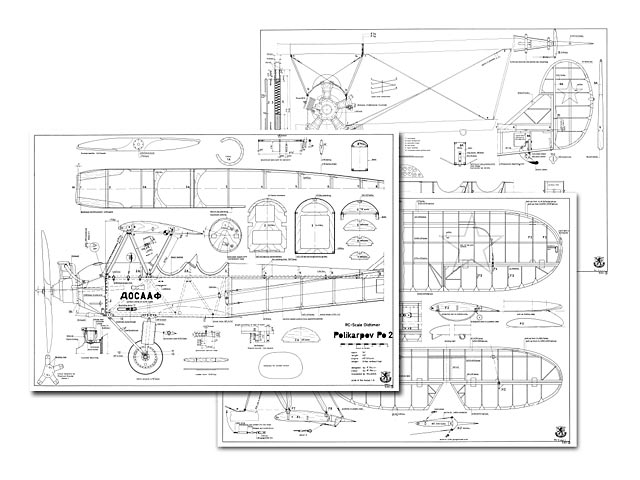 Quote: "It would be possible to write a whole library about the original Po-2. There are only a few aircraft which have been in use for more than four decades and which could cover such a variety of operating modes. The Po-2 flew as a trainer, sailplane tow craft, parachute dropper, sport-plane, night bomber, scouting plane, sea-plane, agricultural aircraft, and test plane and, today, it flies as reliably and economically as in its younger years.

Nikolai Nikolajewitsch Polikarpov designed and built the U-2 in 1926-27 and the first flight was made on January 7, 1928. In the same year the prototype was shown at the Inter-national Aeronautical Exhibition in Berlin. At that time, nobody would have thought that over 40,000 of these ugly ducklings would be built.

The Po-2 was used for various tasks at the beginning of WW II, including use as a scouting plane, for connection purposes, as a rescue plane, and to supply the irregulars. For these purposes the plane was mostly flown by women. It soon proved that the Po-2 could also be used for direct combat operations. In so doing it sadly became famous as a light night bomber. Loaded with light bombs it crossed the lines with its throttled down engine and soon got the nickname 'flying sewing machine' because of the characteristic sound of its motor. Nowadays the Po-2 is going through its second youth in the flying dubs of the Communist states. It is used as a basic trainer and by parachutists. Some hundred 'sewing machines' are reported to be in use in Communist China.

The reason I chose to make a model of the Po-2 is because of its perfect geometry. An airplane with such an ideal configuration should also be able to fly perfectly as a scale model. That I not only considered the good flying characteristics but also to come off well in a valuation of the model's construction can be realized from the photos and the plan. All the dimensions, cross sections of the spars, and so on are to scale - even the angle for attaching the wings is exactly the same as its full size prototype. In addition to this, I took care to build the model with the same materials as far as possible.

The design of the model was based on a three-quarter view in a British Model Magazine. As a three-quarter view is only valid for checking dimensions in scale competition, l had to look for more informa-tion, especially photos of the details. I remembered a friend in the German Democratic Republic who was able to take a lot of pictures of the Po-2 at an airfield in his neighborhood. After a long and difficult trip through a couple of Communist countries, I finally got the negatives.

The construction of the plane is quite conventional. In spite of its simple appearance the model has some individual characteristics to it, particularly in reference to the wing tips, the landing gear, and the dummy engine. But I think solving problems like these is what makes scale modeling so fascinating. The major sub-assembly of the model is undoubtedly the dummy engine. The material for the engine housing does not conform completely with the original, but the tooling for a metal housing would have been far too expensive. The actual configuration is a plastic molding. The cylinders are of aluminum and, for the production of the cooling ribs, a special lathe tool had to be made. The cylinders were anodized to a mat black. The cylinder heads consist of a mixture of plastic, wood, and metal. The cooling ribs, spark plugs, and valve rods are taken from a "Williams" dummy engine, while the valve covers are of hard-wood. The weight per cylinder is 1.83 oz., and the total weight of the complete dummy engine is 8.4 oz.

Certainly many readers will now be interested as to how the cylinders are mounted. I made a bracket from 3/32" aluminum with a 72 degree sharing. The five parts of the bracket are bent about 90 degrees at the position of the housing. Small aluminum parts are riveted to the bent-up brackets, and then cut a thread into the aluminum, The mount-ing of the cylinders is made in the following sequence: First, bolt the aluminum bracket to the front bulk-head. The engine is then mounted to the engine mount, the housing is then slid over the engine and screwed to former I A. The cylinders are then bolted to the bracket and the covers are bolted to the cylinder. The valve rods are fixed to the cylinder and are slid into a hole below the cover (see Sketch 1). To make it simpler for the less skilled model builders I designed the model so that the Williams' Whirlwind 2 type cylinders will also fit on to it.

Another interesting detail on the Po-2 are the fabric strips which are glued over each rib as a reinforcement. The original Po-2 had a fabric span which was glued and stitched to the ribs. As an additional reinforcement to..." 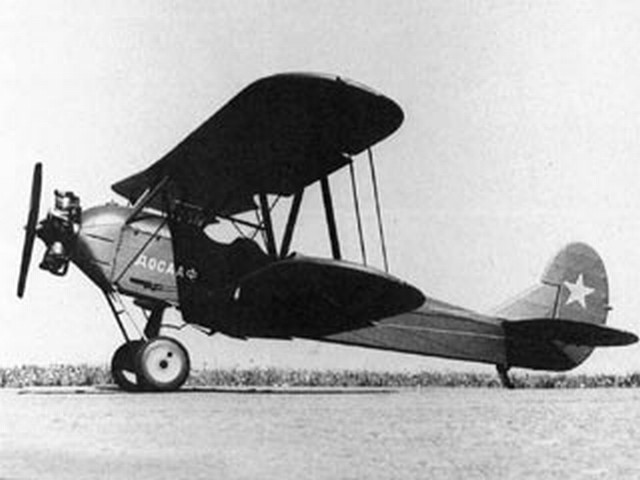